Auto Expo 2020: What to expect from Volkswagen

Reinventing itself is of key significance for Volkswagen as the company gears up to present its focus on SUVs in India at Auto Expo 2020.
By : Shubhodeep Chakravarty
| Updated on: 30 Jan 2020, 12:28 PM 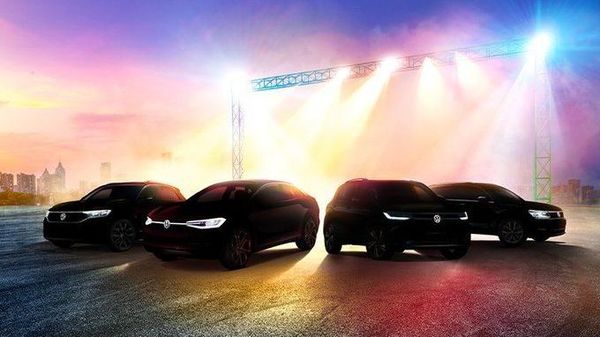 Volkswagen has its sights firmly set on the upcoming Auto Expo 2020 which starts from February 7 in Greater Noida and has shared plans of big developments which includes a massive push towards SUVs and the unveiling of the company's new brand design and logo.

In what is being regarded as a major push towards reinventing itself, the company will present its new brand design to the public under the motto of “New Volkswagen". The company claims the brand design will be an indication of its impetus towards being more powerful, fresh, modern, positive and attractive. This will, quite obviously, extend towards how Volkswagen cars will appear in the times to come. All of this will also be highlighted by an all-new logo. "The brand design and the logo aim for high flexibility and are intended for digital applications," states the company, adding that the brand will have a female voice in the sound logo - a first.

At Auto Expo 2020, Volkswagen is also expected to present its plans for a thrust towards SUVs. The company is all set to unveil the T-Roc compact SUV at the event which could get a 1.5-litre petrol engine and will lock horns with the likes of Brezza and Venue. In a teaser image released by the company earlier in January, the unveiling was all but confirmed.

In the same teaser image, the company also hinted at unveiling T-Cross SUV although this is in a concept car version. If and when the car hits production stage, it will compete against Creta and Seltos. Additionally, the ID Crozz is also expected to be showcased as an electric SUV concept.

To take on more capable and premium SUVs, Volkswagen will also showcase the seven-seater version of Tiguan. While the Tiguan AllSpace is likely to be launched later in 2020, the company could be gearing up to study the response it gets at Auto Expo 2020.

The big takeaway from Volkswagen's plans for the Auto Expo is, quite clearly, the massive focus on SUVs and how it plans to have a product in each sub-segment in the times to come.