Aussie Bushmaster vehicles arrive in Ukraine: What you must know of armoured 4x4

Bushmaster is a formidable and reliable armoured vehicle that has primarily been used by Aussie forces.
By : HT Auto Desk
| Updated on: 08 Apr 2022, 10:26 AM 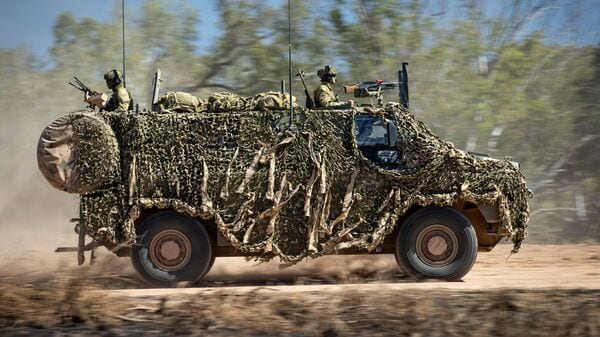 In this file photo provided by the Australian Defense Force, an Australian Army Bushmaster armored vehicle moves off road during a training mission.

In the battle against invading Russian forces, Ukraine President Volodymyr Zelenskyy specifically requested Australia for Bushmaster armoured vehicles. And there's good reason for making such a request because the Australia-made 4x4 armoured vehicle does have a reputation of being a rather capable war machine, especially proving its worth in troop-transport operations. Manufactured by Bendigo by Thales, it has been in production since 1996 and has served the Australian forces in many combat missions. Now, the first batch has touched down in Ukraine.

But what makes the Bushmaster a formidable adversary on wheels on a battlefield? Let's take look:

Bushmaster is a mean machine that looks the part

With a weight of over 11 tonnes and measuring 7.1 metres in length, the Bushmaster is a combat vehicle that looks as menacing as it can get. With a 4-tonne payload, the combat vehicle has been designed for a range of missions which include troop transportation, patrol, support weapons' deployment and even medical evacuations. It can have as many as 10 occupants at a time and its 4x4 capabilities mean that it can traverse through almost every challenging terrain it may be driven on or through. 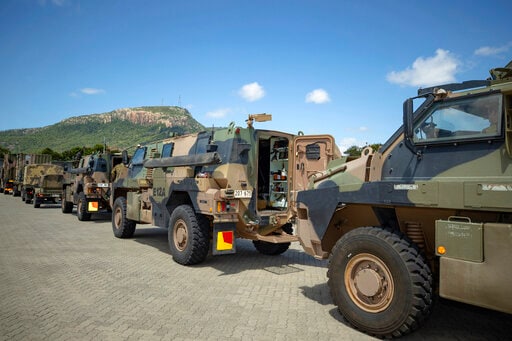 Powered by a turbo V8 diesel motor, the Bushmaster is a powerhouse on wheels. There's 300 hp and over 1,000 Nm of torque for the taking. But when behind the wheels of this monster, don't expect it to be frugal. Reports suggest that in mileage can fall to as low as 2 to 3 kmpl in adverse conditions. But it does have a 317-litre fuel tank capacity.

The Bushmaster may be thirsty but it is also a safe shelter. It has high levels of blast and ballistic protection. Some of the versions get a remote weapon station while there also is a manned open turret.

In this photo provided by the Australian Defense Force, two Bushmaster protected mobility vehicles bound for Ukraine wait to be loaded onto a C-17A Globemaster III aircraft. (AP)

While primarily used by Australia armed forces, the Bushmaster has also been used by forces in The Netherlands, New Zealand, Fiji, Japan and the United Kingdom. These 4x4 vehicles have been actively used in operations in West Asia and Afghanistan.