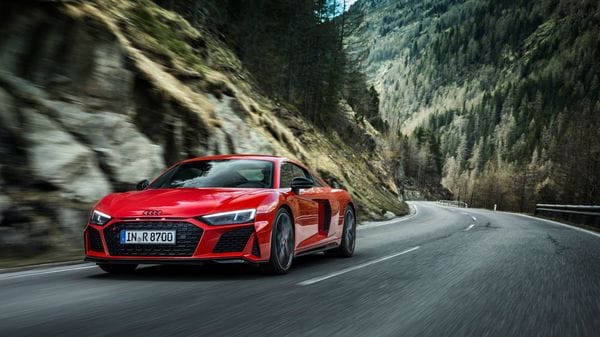 The new Audi R8 successor will come with an all-electric powertrain.

German luxury car brand Audi doesn't want to lose its position in the performance car segment. However, keeping an eye on the increasing restrictions on fossil-fuel vehicles, Audi is planning to bank on batteries instead of petrol or diesel engines when it comes to R badged cars. One of them would be the successor of the Audi R8, as the automaker has confirmed.

However, Audi has also confirmed that it plans to electrify the R8 successor in the next decade. It is not confirmed yet it Audi will simply retain the R8 badge or bring a completely new model replacing the halo model.

Interestingly, this would not be the first attempt from Audi to bring an all-electric halo car. The German brand previously introduced the R8 e-Tron. However, the car couldn't fetch desired sales result. Despite being a very interesting supercar with an electrified powertrain, the Audi R8 e-Tron seemed too early for the consumers to receive a positive response.

However, the time has changed and consumers have become more open to alternative powertrain solutions. Luxury carmakers are increasingly focusing on battery electric vehicles, plug-in hybrid and hybrid models. Audi too is no different from this trend. As the cost of electric vehicles is declining and the efficiency of zero-emission vehicles are increasing fast, Audi is aiming at grabbing a large chunk of the electric supercar market.

Audi plans to launch 20 electric vehicles in its global lineup by 2025. The high-performance R models with electric powertrains would be among them.

There is a twist as well. Before Audi R8 or its successor goes fully electric in the next decade, the automaker is planning to bring an updated version of the existing R8 that will come with a twin-turbocharged V8 engine paired with a battery-electric motor.