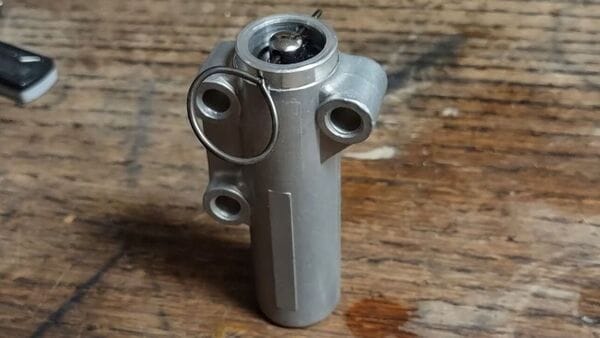 Audi timing belt tensioner, which looks like an explosive device.

A part of an Audi car, a timing belt tensioner created quite a ruckus in Salt Lake City in the US. The Salt Lake City Police Department (SLCPD) said that it had to evacuate an entire building on June 29 out of an abundance of caution after a mysterious metallic object with a pull pin was discovered in an apartment complex. The device appeared like a grenade, an explosive device. However, Twitter came to the rescue.

The SLCPD also said in a statement that the car part resembled a possible explosive device. It also said that the officers were baffled enough by it to release a photo asking Twitter for help identifying it as it is an unusual-looking item. The SLCPD's online request on Twitter returned a number of responses, accurately identifying the object as a timing belt tensioner commonly found on Audi cars.

This morning, we investigated a suspicious item that resembled a possible explosive device. Our bomb squad responded and safely removed the object. For more information, click the link below.