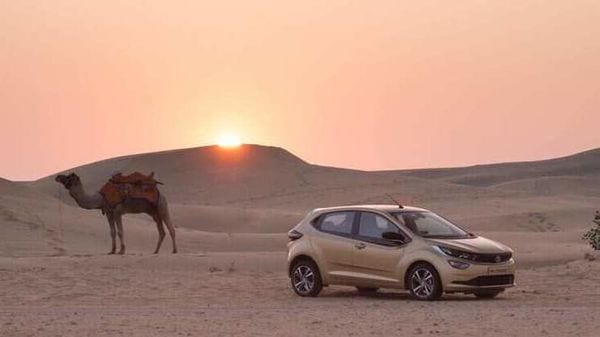 Altroz will be displayed at all three venues in the UAE where IPL 2020 will be played.

Tata Motors on Monday announced that its Altroz hatchback will be the official partner of the upcoming Indian Premier League (IPL) 2020. This will be the car maker's third year of association with the Board of Control for Cricket in India (BCCI) and the tournament which will be played in the United Arab Emirates this time and begins from Saturday (September 19).

Altroz follows Nexon and Harrier from Tata in becoming the official partner of IPL. The car was launched at a starting price of ₹5.29 lakh (ex showroom) in India back in January of 2020. Tata Motors is now looking at the car's association with IPL to generate some buzz in the upcoming festive period. "We are elated to be back for the third consecutive year with IPL and this time with a car that has set Gold Standards in every sphere – The Tata Altroz," said Vivek Srivatsa, Head, Marketing Passenger Vehicle Business Unit (PVBU), Tata Motors.

As part of its efforts to connect with the car buying audience, Tata is highlighting Altroz's safety features by drawing a comparison with the safety procedures in place for the IPL this year. "At Tata Motors, we have always innovatively engaged with the consumers at large, the current need for which is more pronounced than ever before," said Srivatsa. We have elaborate plans to capture the viewer’s attention who will be virtually supporting their favourite teams, on-air and across digital platforms."