2023 BMW X5 facelift in work, to debut in April next year 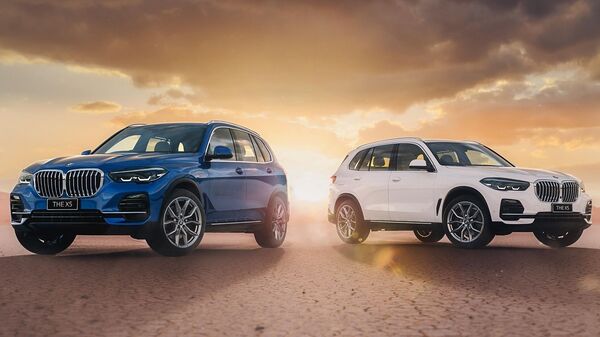 The current BMW X5 has been in business for three years without any change.

BMW X5 is one of the most popular SUVs from the German luxury carmaker and it is due for a facelift. BMW blog reports the automaker is working on a facelift version of the BMW X5 that is slated to debut in April next year. This would boost the car's appeal further, as the outgoing model has been in business since late 2018 without any change. Internally known as G05, the BMW X5 has sold more than 200,000 units around the world.

The report also claims that the 2023 BMW X5 facelift will come with new and updated engines promising more power and refined performance. It claims that BMW is working on a new engine codenamed as S68. This engine is claimed to replace the long-running N63 motor that has been in business since 2008.

The report further claims that the S68 engine will be a twin-turbo V8 motor with a ‘hot-vee’ configuration like its predecessor. It could receive a mild-hybrid treatment. Expect it to churn out around 535 hp of peak power. It would be 12 hp extra power generating as the current N63 engine returns 523 hp of power and 750 Nm of torque.

The other changes include a technically upgraded turbocharged straight-six B58 engine that is capable of generating 370 hp of power. The report further claims that the B57 turbodiesel inline-six engine too will receive an update.

While there would be a major change in the powertrain front, the 2023 BMW X5 facelift would arrive with significant changes at the exterior and inside the cabin as well. Expect it to come with sleeker and longer headlamps compared to the outgoing model, while the grille would come with a slightly wider appearance. Inside the cabin, it is expected to receive a host of upgrades. It could get a digital overhaul.