Toyota is gearing up for the global reveal of the 2021 Innova Crysta which is set to break cover in Indonesia on October 15. The facelift version was spotted several times in the past and it is going to be the first major update to the popular MPV since it was first introduced back in 2016.

The new Innova Crysta will sport a slew of changes from inside out. For starters, it will get a slightly larger grille which now comes finished in black with a thick chrome outline. Instead of the two chrome-finished slats found on the current model, the new grille gets five horizontal slats. The headlamp will also be tweaked with chrome extensions which will merge into the grille.

Lower down there will be a new updated front bumper featuring a more complex design. In details, the bumper features a contrast black shade seen on the chin, while the fog lamps are now stacked vertically inside a thick, triangular black surround. 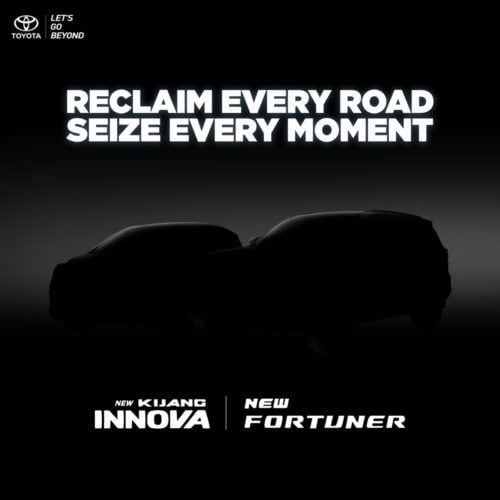 Over the sides, the new Crysta will also feature new alloy wheel design which will seen with either silver or dark shades, depending on the trim selected. On the other hand, the rear fascia will remain unchanged.

Under the hood, the Indonesia-spec Kijang Innova gets either a 2.0-litre petrol or a 2.4-litre diesel powertrain. Both the units will be carried forward to the new model without any significant tweak.

In India, the new Innova Crysta is expected to go on sale in 2021. Moreover, the updated Fortuner SUV is also expected to arrive by next year.