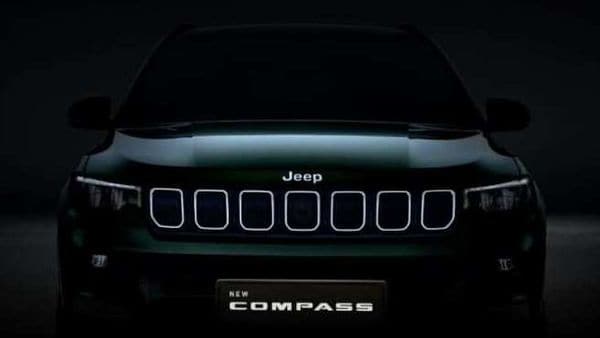 Jeep India has confirmed the launch of the facelift version of its Compass SUV in India next month.

Jeep India will be one of the first carmakers to kickstart the launch season in new year by bringing in the facelift version of its Compass SUV to India. The carmaker has teased images of the 2021 Jeep Compass and conformed January 7 as the launch date for the SUV.

Earlier in November, Jeep had unveiled the facelift Compass SUV in China. There are several design upgrades that makes the new Jeep Compass look more premium. Key highlights include a larger infotainment screen and a digital instrument cluster that is now digital.

The facelift version of the Jeep Compass SUV presented in China is nine millimetres longer and 17 millimetres higher than the previous generation SUV. Consistent with the teaser images, the Compass SUV gets a new face with the traditional seven-slat grille now looking more futuristic in design. It is flanked by thin strips of LED headlights. Under the grille runs a horizontal thin air intake panel that houses the fog lamps. Overall, the front face now appears much bolder than the ones in preceding models.

Changes to the exterior of the new Compass SUV may appear minor. However, the more significant updates are visible when you step inside the cabin. The 2021 Jeep Compass SUV gets a new dashboard which appears more premium than its previous generation. The cabin gets a two-tone synthetic leather treatment in materials used on door panels, the dashboard as well as the seats.