The new generation Ford Figo Automatic was teased by the carmaker ahead of the launch. It will compete with rivals like the Maruti Suzuki Swift, Hyundai Grand i10 Nios or the Volkswagen Polo with automatic gearboxes.
By : HT Auto Desk
| Updated on: 20 Jul 2021, 11:41 AM 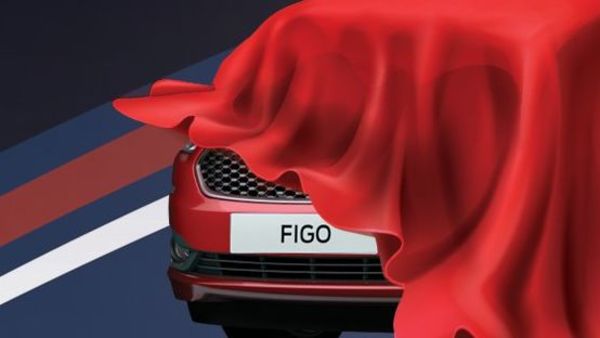 Ford India is all set to drive in the new generation Figo hatchback with automatic transmission on July 22.

Ford is all set to launch a new version of its popular hatchback Figo, which will now have an automatic gearbox. Ford India has released an image and a video as teaser for the upcoming Figo Automatic today on its social media handles, confirming that the launch will take place on July 22.

At first look, the 2021 Figo Automatic does not appear to have too many design changes. The peeping grille under the cover is similar to what is already seen in the existing models. However, the alloy wheels hint at slight change in design.

The engine is likely to remain the same BS 6 compliant 1.2-litre Ti-VCT petrol that powers existing Figo models in India. The hatchback is also offered with a BS 6compliant 1.5-litre TDCi diesel engine. The petrol unit is capable of producing maximum power of 95 bhp and 119 Nm of peak torque. The diesel unit can churn out 99 bhp of maximum power while the peak torque is at 215 Nm. The current models have only a 5-speed manual gearbox as transmission option.

The price of the existing models of Figo start at ₹5.82 lakh (ex-showroom) in India and goes up to ₹8.37 lakh (ex-showroom). For the new automatic variants, the price is likely to go up by ₹50,000 or more over and above the existing prices. It could cost more if Ford decides to add any new features along with the new gearbox option.

When launched, the new Ford Figo Automatic will compete with rivals like Maruti Suzuki Swift, Hyundai Grand i10 Nios or the Volkswagen Polo hatchbacks with automatic gearboxes.