2020 Skoda Rapid TSI to launch in India tomorrow. Here's what to expect

The most prominent update on the new Rapid TSI will be its new BS 6 complaint 1.0-litre TSI turbocharged three-cylinder petrol engine which comes from the EA 211 family.
By : Prashant Singh
| Updated on: 25 May 2020, 01:05 PM 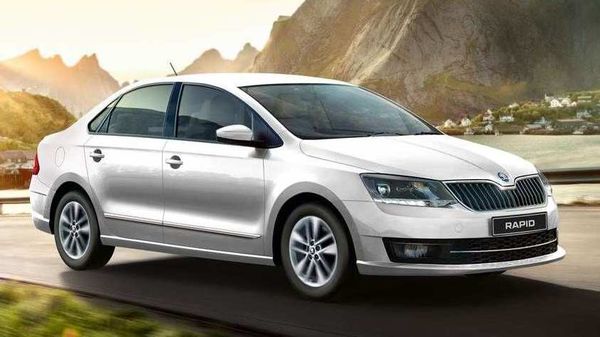 Skoda will launch the new 2020 Skoda Rapid TSI in the Indian market tomorrow. Along with the Rapid, Skoda will also introduce two more products - the new Superb and Karoq SUV.

With the latest update, the most prominent update on the Rapid will be its new BS 6 complaint 1.0-litre TSI turbocharged three-cylinder petrol engine which comes from the EA 211 family. It will also chuck the older 1.5-litre TDI and 1.6-litre MPI powertrains.

Along with the new engine option, the sedan will also feature a fresh 6-speed manual transmission. There will be no automatic transmission at the launch, but a 6-speed torque converter will be offered in the later stage.

(Also Read: RBI relief for vehicle owners and buyers: All you need to know)

In the new BS 6 avatar, its feature list will be almost similar to the model it replaces. Expect it to feature a touchscreen infotainment system featuring Android Auto and Apple CarPlay, climate control, cruise control, a multi-info display, keyless entry and an auto-dimming IRVM. In terms of safety, it will come kitted with four airbags, ABS with EBD, rear parking sensors as well as a rear view camera.

The new Rapid will be introduced in five trims - Active, Ambition, Onyx, Style and Monte Carlo. Its entry-level Active variant will only be made available in Candy White and Carbon Steel paint schemes. The higher variants will be available in White and Lapiz Blue. The top-spec 'Monte Carlo' will be seen in two exterior paint schemes - Candy White and Flash Red. The Monte Carlo variant was also on display at the Auto Expo 2020.