169 cars penalised in a day: How Noida is ensuring vehicles remain parked

Police officials here have been repeatedly urging people to stay at home and only vehicles responsible for assisting in essential services are permitted on roads.
By : HT Auto Desk
| Updated on: 25 Apr 2020, 10:06 AM 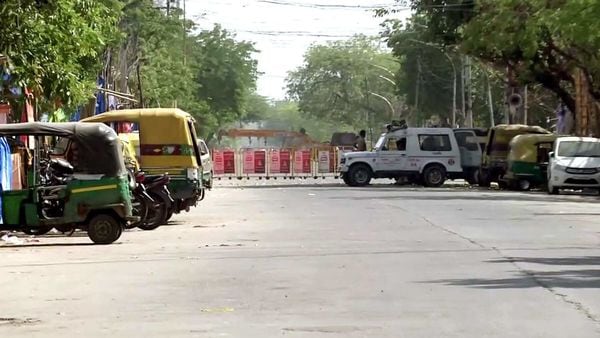 Police personnel deployed the area which has been identified as a containment zone, during the nationwide lockdown to curb the spread of coronavirus in Noida.

At a time when people are being constantly urged to stay at home to avoid getting infected with the dreaded Covid-19 disease around the world, India remained in a state of national lockdown since March 24 with vehicular movement only allowed for essential services. There have, nonetheless, been several cases of people flouting the lockdown rules, prompting authorities in many cities to crack the whip. Noida in Uttar Pradesh has been one such city where cars flouting lockdown rules have been dealt with severely.

As many as 169 vehicles were penalised on Friday for flouting lockdown norms. According to a statement released by Noida Police, several checkpoints have been placed to check on violations. "Four FIRs were registered on Friday for lockdown violations and eight people arrested. A total of 624 vehicles were checked across 200 barrier points in the district and challans issued to 169 of them, while two others were impounded," the statement read.

In many areas of Noida and Greater Noida, cops were seen braving the heat to check on vehicles. Many of these cars had occupants who were out on joy rides on near-empty roads which have always been a rare sight in India.

This has led to a spike in number of challans being issued. In neighbouring UP city of Ghaziabad, for instance, over 3,800 such challans have been issued so far and more than 100 vehicles have been impounded.

Elsewhere, there are proposals afoot for even more strict action like seizing driver license and increasing penalty fees which could act as even stronger deterrents for people looking to take their vehicles out.