Classic Legends brought back the Yezdi in the Indian market. Their flagship motorcycle is the Adventure which goes directly against Royal Enfield Himalayan.
By : HT Auto Desk
| Updated on: 13 Sep 2022, 19:53 PM

Royal Enfield Himalayan 411 and Yezdi Adventure are direct competitors to each other.

Yezdi was brought back to the Indian market by Classic Legends early this year. They launched three motorcycles, there is Roadster, Scrambler and Adventure. The Yezdi Adventure is here as a direct take on the Royal Enfield's Himalayan which has been doing fairly well and has become an established product throughout the world now. Here is a comparison between the Royal Enfield Himalayan and the Yezdi Adventure. 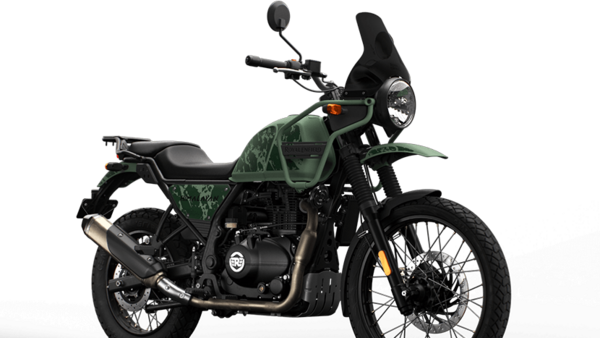 The design of Royal Enfield Himalayan is now immediately noticeable and follows function over form.

Despite Himalayan being 7 years old, Yezdi decided to take inspiration from it. Because of this, the Yezdi Adventure just looks like an evolution of the Himalayan with some updates. Both the motorcycles follow function over form philosophy. So, there is an exo-skeleton to protect the motorcycle in case of a fall. The same skeleton can be used to mount jerry cans. The motorcycles do look like proper adventure tourers with a windscreen in the front, a large front wheel, spoked rims etc.

In terms of engine, both the motorcycles are very different. The Himalayan uses a 411 cc, long-stroke engine that is oil cooled. It produces 24.3 bhp of max power and 32 Nm of peak torque. It is mated to a 5-speed gearbox. 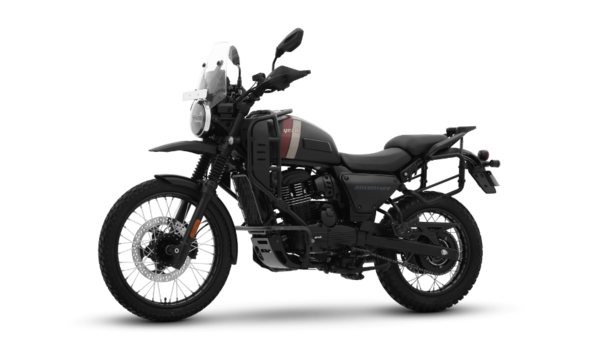 The Adventure uses a 334 cc, liquid-cooled engine. It produces 30.20 Ps of max power and 29.9 Nm of peak torque. It is mated to a 6-speed gearbox. This is the same engine that Jawa is using on its Perak and Yezdi is using it on the other two motorcycles. However, Adventure is using a different state of tune.

Being a long-stroke engine, the Himalayan produces most of its torque in the lower end of the rev range and is designed to do touring. The engine on Yezdi can sound a bit mechanical to some people and there are some vibrations.

In terms of features, the Yezdi Adventure is clearly ahead because it is the more modern motorcycle of the two. It gets all LED lighting, switchable ABS, a digital instrument cluster with tilt adjustment and navigation through Bluetooth.

The Himalayan comes with switchable ABS, halogen headlamp and Tripper Navigation system and a Compass. Both the motorcycles do come with genuine accessories but the catalogue of Royal Enfield is longer.