CJI Bobde was clicked on a Harley Davidson Limited Edition CVO 2020 in Nagpur.It is reported that while the bike does not belong to him, he took a keen interest in its design and riding capabilities.
By : HT Auto Desk
| Updated on: 29 Jun 2020, 12:35 PM 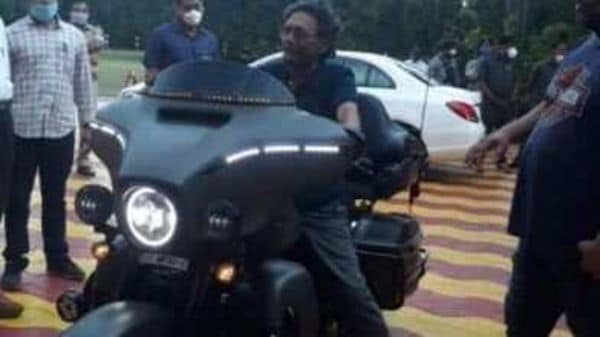 Chief Justice of India Sharad Bobde was recently seen on a Harley Davidson tourer and the photographs quickly turned viral on social media channels. Most netizens commended CJI Bobde, who is also known for his passion for bikes, for indulging in what he enjoys without much heed to opinions of others.

CJI Bobde was clicked on a Harley Davidson Limited Edition CVO 2020 in Nagpur with the photographs being shared on Sunday. It is reported that while the bike does not belong to him, he took a keen interest in its design and riding capabilities.

Many on social media channels commended CJI Bobde for taking a keen interest in the bike which costs upwards of ₹51 lakh and boasts of a 2000cc V-Twin engine. Available in three colour options - Blue, Grey and Sand Dune, the bike has torque figures of 166 Nm and boasts of a Boom! Box GTS infotainment system and a full colour TFT screen. It also gets hands-free mobile phone support via bluetooth.

CJI Bobde on the bike has given it quite a lot of spotlight apart from what it has already enjoyed over some time now. The 64-year-old had reportedly said in the past that he owned a Royal Enfield Bullet. He had also suffered an ankle injury in the past while test-riding a Harley-Davidson but that unfortunate incident could hardly keep him away from the CVO 2020.