Yamaha has recently homologated the R15S nametag in the country which indicates that a variant of the R15 sports bike is likely in the making.
By : HT Auto Desk
| Updated on: 03 Nov 2021, 12:50 PM 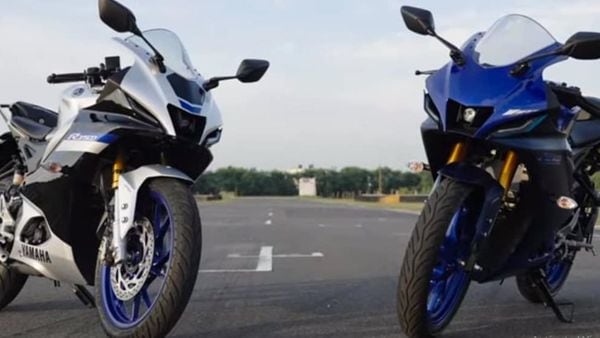 Yamaha Motor India might be gearing up for the introduction of a more affordable version of the popular YZF-R15 V4 motorcycle. The company has recently homologated the R15S nametag in the country which indicates that a variant of the R15 sports bike is likely in the making.

Previously, soon after introducing the YZF-R15 V2.0 in India, Yamaha relaunched the V1 motorcycle under the R15S moniker which allowed the customers to opt for a more affordable version of the bike which featured a single-seat design and other basic bits. With the latest homologation reports, it appears that the bike maker is using the same approach.

As per the newly leaked documents, the R15S motorcycle will feature a 150 cc single-cylinder engine with an overall power output of 13.7kW (18.63hp). The powertrain will most likely feature a 6-speed gearbox.

Chances are that the single-seat option will be no longer available on the R15S, if it is the rebadged version of the R15 V3. But what's likely is the fact that it won't feature an upside-down fork, Bluetooth connectivity, or an optional quickshifter. Omission of all these elements will keep the pricing of the bike under check.

With this approach, Yamaha would be able to lure in the customers seeking a sports bike on a lower budget. Since R15S will lack most of the newly introduced features on the R15 V4, expect it to be priced somewhere in the same range as the previous R15V3 sportsbike.