The Harley-Davidson Nightster comes out as the latest model to enter the company's Sportster line.
By : HT Auto Desk
| Updated on: 14 Apr 2022, 12:56 PM 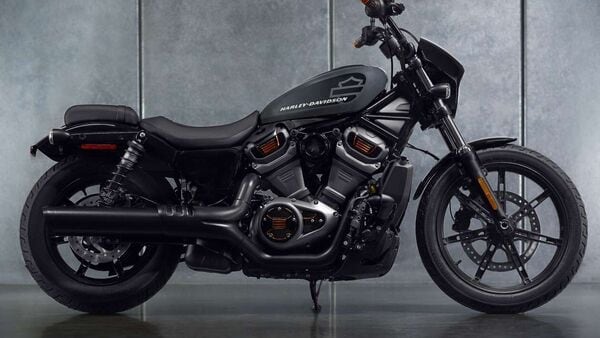 Harley-Davidson Nightster has been officially unveiled for the global markets. The same model is also most likely to debut in India post its launch in the international market. The Nightster comes out as the latest model from the iconic American muscle bike brand to enter its Sportster line. It is also seen as a direct replacement to the previously available Iron 883 model.

The new Harley-Davidson Nightster runs on a 60° liquid-cooled V-twin Revolution Max 975T motor which has been tuned to deliver a maximum power output of 89 bhp. This power is backed up with 95 Nm of peak torque. The motor in this latest form has been updated with VVT only on the inlet cam (Sportster S gets on both inlet and exhaust valves). The motorcycle uses the engine as a central structural component housing the frame around it.

Some of the key electronics of the motorcycle include three riding modes - Road, Sport and Rain, traction control, ABS and torque control system. For suspension, the motorcycle uses 41mm Showa USD forks backed up with a rear monoshock which is offered with preload adjustment option. The anchoring duties are performed by a single front and rear disc with ABS. It rides on cast aluminum alloys.

It can also accommodate 1.7 litres of fuel at once in its walnut shaped fuel tank which lends it an extended range for touring.

The bike has been made available for purchase in three colour options including Vivid Black, Gunship Gray and Redline Red. The pricing has been kept at USD 13,499 (approximately ₹10.28 lakh) onwards, but in India, the bike will certianly be placed at a higher price tag than this.