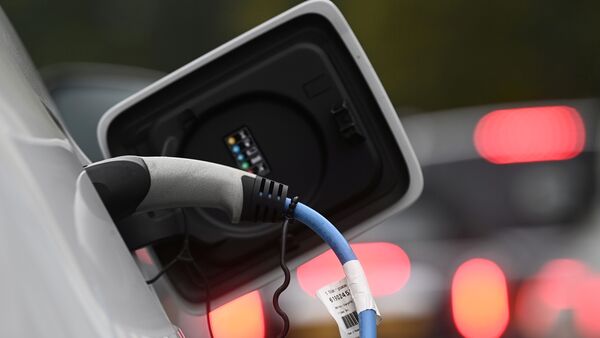 Hero MotoCorp aims to create an EV charging ecosystem in association with BPCL.

Two-wheeler manufacturer Hero MotoCorp on Tuesday has said that it has joined hands with Bharat Petroleum Corporation Limited (BPCL) to set up charging infrastructure for electric vehicles across India. Hero MotoCorp has been gearing up for launching its electric two-wheeler and ahead of that the company is focusing on building an EV charging ecosystem for its potential customers.

BPCL in September 2021 said that it would convert 7,000 of its conventional refuelling outlets into energy stations. These energy stations will retail a wide range of fuel solutions including petrol, diesel for the conventional internal combustion engine-powered vehicles and electricity for electric vehicles.

The two companies have claimed that they will first establish EV charging infrastructure at the existing nationwide energy station network. Subsequently, they might broaden their collaboration to develop more synergies to build an improved EV ecosystem.

Hero MotoCorp has said that it will soon commence work on developing the EV charging stations. These charging stations will be equipped with both AC and DC chargers to cater all types of electric two-wheelers, claimed the company. Hero MotoCorp said that this service will be controlled by a mobile app and will involve cashless transactions.

Speaking about the collaboration, Pawan Munjal, chairman and CEO of Hero MotoCorp, said that the company aims to build a robust EV ecosystem. "The partnership with BPCL, which is already at the forefront of customer energy solutions, will be beneficial for both the EV segment and customers. This collaboration will also unlock opportunities for asset allocation and expansion in the future," he further added.