In September this year, Harley-Davidson announced discontinuation of sales and manufacturing operations in India, a decade after it started selling its premium bikes in the country.
By :
| Updated on: 04 Dec 2020, 08:09 AM 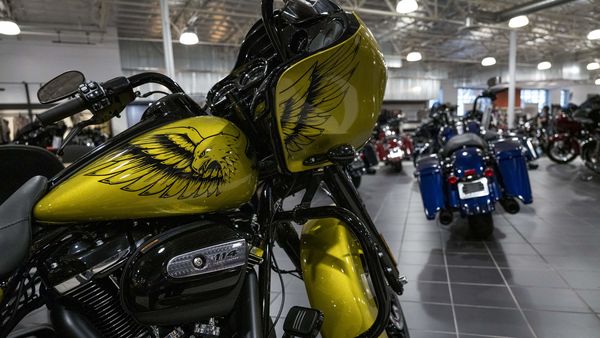 Harley-Davidson had had tough challenges but Covid-19-related factors have only increased difficulties for the company the world over.

The Harley-Davidson Dealers Association represents 33 outlets in the country.

"All the 33 dealer partners have been facing a problem since Harley-Davidson announced withdrawal of independent operations in India and revealed a new partnership with Hero MotoCorp," the Harley-Davidson Dealers Association said in a statement.

Given a time-bound, take it or leave it situation that offered them no other option, 10 of the 33 dealer partners have gone ahead with becoming a part of the Hero MotoCorp's dealership network, it added.

Given the situation where the dealers continue to wait to hear from Harley-Davidson on the issue of adequate compensation, these new dealership offers being held off for 23 of the 33 dealers only indicates how it is not beneficial to anyone, it noted.

"Hero MotoCorp absorbing only 33 per cent of the dealers leaves the rest with uncertainty about the fate of the dealer partner investments and future business outlooks. This includes the 10 dealers who will be coerced to act without receiving any benefit," the dealer association said.

Hero MotoCorp is yet to decide on the fate and plight of the 23 dealers who are not being approached by it to be a part of its dealership network, it added.

"We feel that providing us with a fair deal is Harley-Davidson's undeniable responsibility towards us," the dealers noted.

In late-October, Hero MotoCorp and Harley-Davidson announced a partnership for the Indian market. As part of the deal, Hero MotoCorp will develop and sell a range of premium motorcycles under the Harley-Davidson brand name in the country. Besides, it will take care of service and parts requirements for Harley bikes.