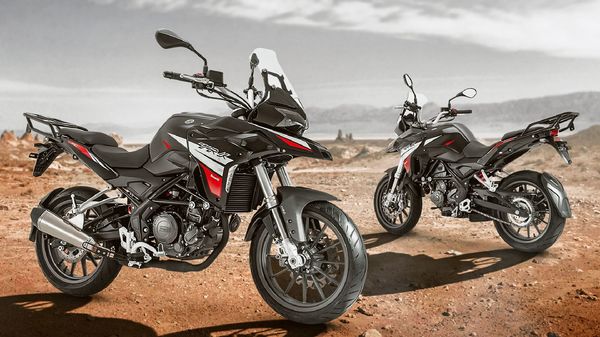 One of the key highlights of the new Benelli TRK 251 is its huge 18-litre fuel tank which as per Benelli has been added to complement its touring credentials.

Fulfilling its commitment to provide more affordable models for the Indian market, Benelli, earlier on Thursday rolled out the new TRK 251 adventure motorcycle in India. The new ADV has been priced at ₹2.51 lakh (ex-showroom) and aimed primarily at the customer base of the Royal Enfield Himalayan which is already a very well-established product. It is also slightly lower priced at ₹2.10 lakh (ex-showroom).

In terms of cycle parts, the Himalayan rolls on the 21-inch front wheel and a 17-inch rear wheel shod with dual-sport rubber, while the TRK only gets the standard 17-inch wheels on either end. What's common on both bikes is the 800 mm seat height.

Other competition bikes in the same segment include the BMW G310 GS and the KTM 250 Adventure.