Electric vehicles are great for the environment because of low or no emission at all. But what about the pressure on roads and infrastructure once these become a common sight globally?
By : Shubhodeep Chakravarty
| Updated on: 31 Aug 2021, 16:08 PM 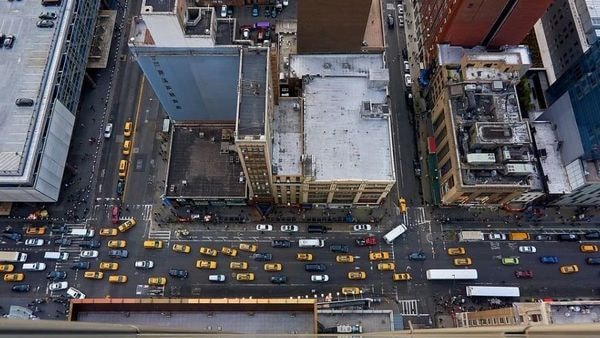 If more and more people opt for EVs, many say it may mean fewer takers for public transportation options and a consequent pressure on city roads. (Image used for representational purpose)

Electric vehicles are being claimed far and wide as the best bet among personal mobility options to fight climate change and while that may be largely true, there is some concern that mass adoption of EVs by individual buyers could cause gridlocks in major cities in the world.

EVs mostly have far more advocates than critics but among the small group of the latter, there is mounting concern that the EV revolution may be coming at the cost of mass transit and public transportation options. With several governments rolling out subsidies and incentives to make personal EVs more affordable, the consequent spike in sales could result in traffic snarls, jams and deadlock.

A document from the Tony Blair Institute for Global Change has outlined that potential traffic jams in the UK in around 20 years from now could result have an impact on the economy, apart from the loss in revenue from selling conventional fuels. It is estimated by this report that the cost to the country's economy from traffic jams could be as high as 120 billion pounds per annum by year 2040.

Even many environmentalists who are vehemently against use of fossil fuels in vehicles and who may be in favour of EVs, highlight that the popularity of such vehicles should not come at the cost of public transportation options. “We see electric vehicles as an important step towards a fossil-free future, yet by no means should they be viewed as the end-all-be-all on the pathway towards finding sustainable mobility solutions," Barbara Stoll, a Greenpeace International Transport Campaigner, had said back in 2019. “Policymakers must also prioritize the improvement and extension of public transport networks that run on renewable energy, improve and extend cycling and walking infrastructure, and increase infrastructure to support the safe uptake of micro-mobility solutions."

Nowhere is this perhaps more relevant than in India where EVs may still be in a nascent stage but where there is enormous potential for such vehicles to flood already crowded city roads. And while emissions, or the lack of it, would auger well for the country's alarmingly toxic air, it could make the fight for every inch of road space even more intense. This is despite the fact that early EV adopters may still be the relatively few in the country who can afford one.

(With inputs from The Sun)