Home Auto News Why Volvo Is Betting Big On Suvs, May Phase Out Several Sedans In Current Lineup

Why Volvo is betting big on SUVs, may phase out several sedans in current lineup

Volvo has launched C40 Recharge and believes SUVs currently find more favour among buyers.Volvo has a long list of sedans and wagons but a bulk of its sales come from SUVs.
By : HT Auto Desk
| Updated on: 05 Mar 2021, 11:36 AM 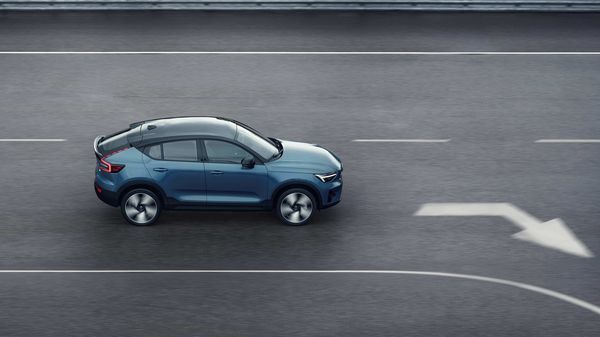 The overwhelming preference for larger vehicles in the SUV body type is being recognized by several car makers and Volvo is also cognizant of this as it looks at concentrating on SUVs in the times to come. According to Hakan Samuelsson, CEO at Volvo Cars, there is a possibility that some of the sedans and wagons in the company's current lineup may make way for newer offerings in the SUV segment.

(Also read: Volvo bets on death of petrol cars, plans to go all electric by 2030)

Speaking to a UK-based publication, Samuelsson admitted Volvo currently may have far too many sedans and wagons but that SUVs are where the real demand is at. "Traditionally, we have had sedans, wagons and SUVs. Now we sell around 75% SUVs, which means we need more SUVs," he said. "We now have the C40 Recharge, and we’re planning a smaller SUV below the 40-series."

The C40 Recharge is the latest EV to come out of Volvo camp and claims to have a per-charge range in excess of 400 kilometres. Its design is a confluence of a conventional car and an all-terrain vehicle or SUVs.

The car maker also has the XC40 Recharge which it is planning to drive into India this summer.

Samuelsson is of the opinion that options in the SUV lineup is what is required. "We need more SUV types of higher electric vehicles. That’s the way of working right now and what we have in our development pipeline."

Smaller and more affordable SUVs could indeed help Volvo consolidate its position among rivals, and especially in markets like China and India. And while it isn't as if sedans and wagons would be abandoned altogether, the charge in the EV space at least will be led by SUVs moving forward, also because it is generally agreed that this body type is and will be favoured by most buyers across the globe.