Critics silenced. Skeptics brushed aside. Rivals left reeling - the surge of Tesla and CEO Elon Musk has been emphatic and energizing.
By : Shubhodeep Chakravarty
| Updated on: 24 Dec 2020, 01:11 PM 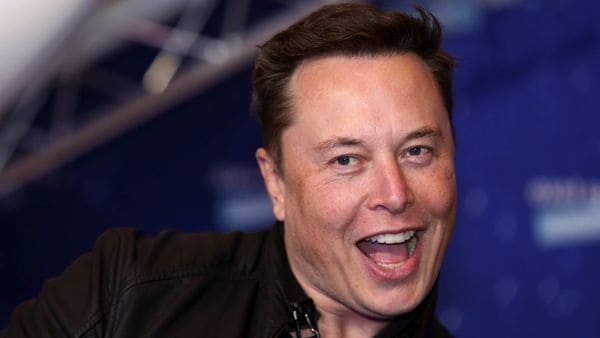 Elon Musk, founder of SpaceX and chief executive officer of Tesla Inc., arrives at the Axel Springer Award ceremony in Berlin, Germany, on Tuesday, Dec. 1, 2020. Tesla Inc.�will be added to the S&P 500 Index in one shot on Dec. 21, a move that will ripple through the entire market as money managers adjust their portfolios to make room for shares of the $538 billion company. Photographer: Liesa Johannssen-Koppitz/Bloomberg

The year 2020 may have been fraught with challenges, obstacles and restrictions for the entire world and most would like to forget all about it. For Tesla and its CEO Elon Musk though, it will serve as a marquee year, one in which the automaker climbed giddy heights of automotive success.

Late on Wednesday night (US time), Musk took to Twitter to thank new customers for taking deliveries of their Tesla EVs in the final days of the year. "To Tesla owners taking delivery in the final days of year, your support is super appreciated!!" he wrote. The message closely follows a post of gratitude he had sent out on Monday. "Thanks to everyone who worked so hard to make Tesla successful. My heart goes out to you."

It has been a whirlwind of a 2020 for Tesla indeed. The car maker's market capitalization soared above $600 billion with Musk becoming the second wealthiest person in the world. Entry into the benchmark S&P 500 index - an index which measures the stock performance of 500 large companies listed in the US stock exchange - was much like cheery on the proverbial cake.

Of course, the boost given to electric mobility by several countries across the world has further helped Tesla widen its lead, forcing traditional auto giants into a frenzy and huddle to devise a plan. Did you know that Tesla delivered 139,300 EVs in the third quarter of 2020, significantly outpacing its previous record of 112,000 deliveries?

There is little doubt that Tesla's rise has been impressive over recent years but it has been meteoric in 2020. From slamming lockdowns to urging employees to step up, Musk has been at the helm through and through - silencing critics galore. That the plant in China's Shanghai has only widened its scope of production - now making cars not just for the local market but for several foreign markets too, has further bolstered prospects. This has also helped ease pressure on the California plant somewhat, the facility now primarily catering to US demands. And then of course, there's the upcoming Gigafactory just outside of Berlin and a plant coming up in Texas which will manufacture Cybertruck.

With Cybertruck deliveries expected to begin at some point in 2021, Tesla could well have a happy and a merry new year. There is also focus on smaller and more affordable EVs and the possibility of the automaker entering newer shores, India included.