Watch: Lamborghini's work in progress for its upcoming product

It is being speculated that Lamborghini is either restoring the original Countach prototype or Lamborghini Miura.The new Lamborghini supercar will boast a naturally aspirated V12 engine that will be fed by Weber 45 DCOE carburettors.
By : HT Auto Desk
| Updated on: 28 Sep 2021, 05:10 PM 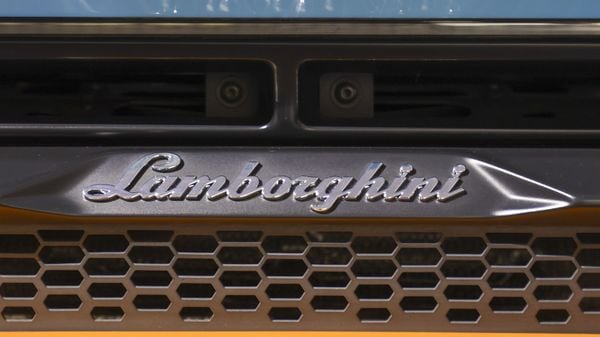 It is not clear if Lamborghini is building a new supercar inspired by former models or is in the process of restoring something from its past.

Lamborghini has released a video on its YouTube channel which depicts that the supercar maker is onto something new. Going by the description on the video, the company seems to be working on something that reflects its iconic legacy. Though it is not clear if Lamborghini is building a new supercar inspired by former models or is in the process of restoring something from its past, we can only wait to find out.

Lamborghini could likely be working to restore either the original Countach model or it might be in process of restoring its popular model, Lamborghini Miura, Motor 1 suggested. The video though confirms that whatever this new model might be, under the hood it will boast a naturally aspirated V12 engine that will be fed by Weber 45 DCOE carburettors. Judging by the degree of finesse that the engine exudes, it does seem that luxury automaker is going to bring a product that will become another milestone for it.

Be it Countach or Miura, the teaser has stirred some significant interest as the comments on the video show that people are eagerly waiting for the upcoming model. One even went ahead to say how a Lamborghini isn't just a supercar but also a piece of art. Now, it is only a matter of time when Lamborghini will unveil what it has up its sleeves.

Lamborghini recently unveiled the Countach LPI 800-4 supercar in a hybrid form. It is powered by an aspirated V12 engine that has been incorporated with Lamborghini’s hybrid supercapacitor technology. The 6.5-litre V-12 engine has been combined with a 48-volt e-motor that has been mounted directly on the gearbox. While the former can generate a power of 769 hp, the latter adds a power output of 34 hp that takes the total power output of the supercar to 803 hp. This power is transmitted to all the four wheels of the new Countach with the help of a seven-speed gearbox.

Lamborghini informed that it will manufacture only 112 units of this new model. Earlier, another report stated that all of the 112 models have been sold, however, the price of the car has not been revealed.