VW’s affordable brands to become more similar under the hood

Volkswagen AG’s main volume nameplates will share more parts and factories to boost efficiencies as the carmaker battles to lift profitability in the more affordable range of its portfolio.
By : Bloomberg
| Updated on: 20 Jul 2022, 14:53 PM 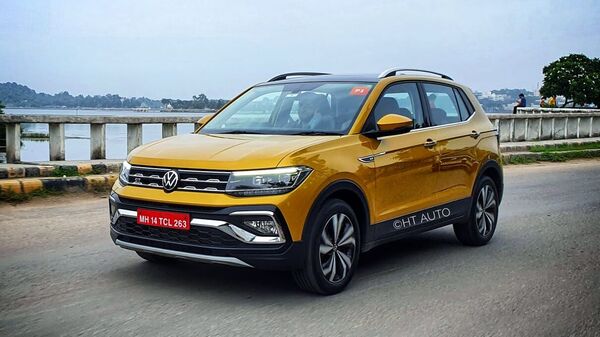 Volkswagen AG’s main volume nameplates will share more parts and factories to boost efficiencies as the carmaker battles to lift profitability in the more affordable range of its portfolio.

To differentiate between its namesake VW, Seat and Skoda brands, Europe’s largest automaker will emphasize individual design, the new head of VW’s main car brand Thomas Schaefer said in an interview. The company has long struggled to rein in complexity of multiple engine and trim variants across its sprawling offering that includes the upscale VW Touareg SUV and the Skoda Fabia.

“In the past, we wasted too much time being preoccupied with each other," Schaefer said. “The competition is outside, it’s not within the company."

Volume models make up about 80% of VW’s global deliveries, making them the “the core of the company," according to Schaefer. VW is aiming for an efficiency gain of 20%, he said.

As part of the push, production of the sturdy VW Passat sedan in Germany and Skoda’s flagship Superb family car in Czech Republic will shift to Slovakia to help reduce internal overlaps. VW must become more competitive in the face of rivals ranging from Tesla Inc. to incumbent manufacturers like Stellantis NV, Schaefer said.

One key battleground is the US, where the company plans to shed its niche market role, Schaefer said. VW returned to profitability in the US last year as it expanded electric-vehicle sales.

VW’s volume segment plans to produce more of its electrified vehicles in the US, including possibly two SUVs, Schaefer said. He added the carmaker has set up a battery-research lab in the country and is exploring adding a large-scale cell factory.

“For us, the US offers promising growth potential, which we can drive through the electrification of our lineup," Schaefer said.

The executive added he’s optimistic that VW’s efforts in China, where the carmaker plans to overhaul its products to better meet the demands of local customers, would prove successful.

Chief Executive Officer Herbert Diess has made the company’s push to defend market share in the world’s largest auto market a key priority. He called China the company’s “second home market," telling staff in Germany last month that a large part of their bonuses were generated there.

VW plans to break ground on a new 2 billion-euro ($2 billion) electric-car factory that will make the Trinity marque in 2023. The first Trinity car will roll off the production line in 2026.

Looking toward the third and fourth quarters, Schaefer said he was cautiously optimistic that the chip crunch would ease and that the industry would see fewer supply constraints.

“The prospects for the second half of the year are good, but overall, the situation remains volatile," he said.