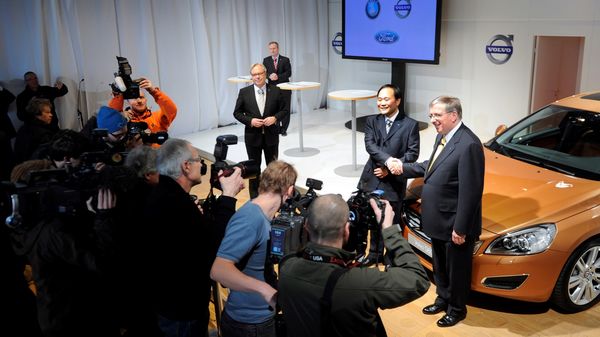 Volvo Cars has its eyes firmly set on the future as it celebrated the 10-year anniversary of its acquisition by Zhejiang Geely Holding (Geely) on March 28. The Swedish firm had joined the Asian carmaker in 2010 against 1.3 billion dollars after 11 years under the fold of Ford.

Volvo has seen a complete transformation of its business under Geely ownership, changing from a purely European firm to a truly global and strong player in the premium car market, racking up record sales, revenues and profits along the way.

Geely's first project to restructure Volvo concerned the modular system adopted under the bodies of the 60 and 90 series models. Another high-tech platform called Compact Modular Architecture (CMA) compatible with 100% electric vehicles was then launched in 2017 for the XC40 compact crossover and the Polestar 2.

“Volvo Cars today is stronger than it has ever been," said Hakan Samuelsson, chief executive. “With Geely, we started a new successful phase that took us to a whole new level. We completely renewed our product portfolio, established a global presence, almost doubled our sales and went from break-even to profitable. Going forward, we will continue to grow our business together with Geely."

The company also expanded its manufacturing and R&D network across the globe: while it started out with two manufacturing plants and an engine plant in Europe, it now has four additional manufacturing sites and an R&D centre in China, as well as a car plant in the United States, providing a natural operational hedge.

After celebrating a decade of success, Volvo now looks ahead with more solid foundations and a goal to become a leader in electrification, autonomous driving and new mobility models with closer cooperation with Geely. “By 2025 they have announced that half of our global sales volume will consist of fully electric cars, to which will be added the other models with hybrid propulsion. These cars will be part of a new generation of Volvo based on a new platform that will succeed the current one," said Samuelsson.

The Swedish company also aims to establish millions of relationships with potential direct buyers through new forms of mobility and play a leading role in the introduction of autonomous driving technologies.