Home Auto News Volkswagen To Invest $2.3 Billion On A Battery Hub In Germany

Volkswagen to invest $2.3 billion on a battery hub in Germany

Volkswagen's future battery hub will be located in Salzgitter and will start production in 2025 for the company’s volume cars.Volkswagen plans to employ about 2,500 workers at the site.
By : HT Auto Desk
| Updated on: 13 Dec 2021, 18:30 PM 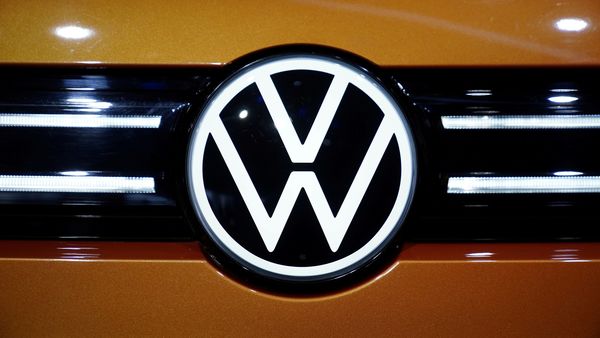 A Volkswagen logo is seen on ID.6 and ID.6 CROZZ SUV at the Shanghai Auto Show. (File Photo)

As Volkswagen's looks to create a dedicated company for its battery business, the company has committed to invest 2 billion euros ($2.3 billion) in a planned battery hub in Germany. The new unit will be used to consolidate the processing of raw materials, battery development and managing its six future European cell factories.

Volkswagen will also work on designing new business models around reusing discarded car batteries and recycling them. “We want to offer our customers powerful, inexpensive and sustainable vehicle batteries, which means we need to be active at all stages of the battery value chain," said the company's head of development, Thomas Schmall, Bloomberg reported.

The car maker's future battery hub will be located in Salzgitter and will start production in 2025 for the company’s volume cars. In the initial phase, the facility will have annual capacity of 20 gigawatt hours, which will be increased to 40 gigawatt hours at a later stage. Volkswagen plans to employ about 2,500 workers at the site, who will mostly be retrained staff from a nearby engine plant.

The German automaker plans to invest around 52 billion euros over the next five years in the development and production of new electric vehicles. The company will overall dedicate 89 billion euros primarily to electric mobility and digitization, of which, around 21 billion euros will be invested in its plants in Lower Saxony alone. The plant will be channelled into manufacturing sites and components facilities.

Further, Volkswagen will work on a new electric PPE architecture that will be harnessed for two Porsche models. Though, it did not mention a timeline for it. With the electrification of its Neckarsulm plant, the automaker wants to re-equip the next generation of Audi's E6 model. Its fully electrified Brussels factory will begin manufacturing the new Audi Q8 e-tron from 2026.