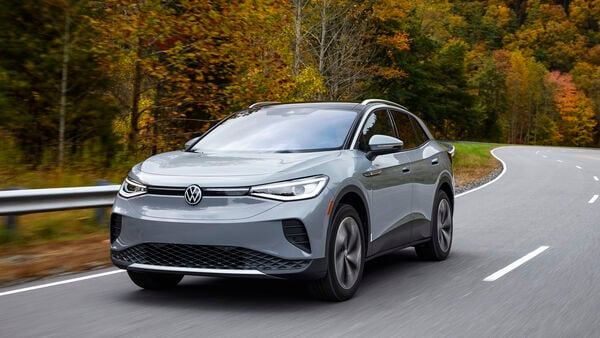 Volkswagen has ascertained that it has lost a number of ID.4 electric vehicles in the recent incident of cargo ship fire. Last month, the cargo ship named Felicity Ace carrying around 4,000 luxury cars such as Bentley, Porsche, Audi and Lamborghini caught fire near the coast of Portugal's Azores islands.

Regarding Volkswagen ID.4 models that got destroyed in the fire, the company informed the owners that delivering their EVs remain the top priority. “We have already revised our production plan to put you at the front of the queue to receive the Model Year 2022 ID.4 which matches the configuration in your reservation," said Volkswagen, according to a report by Electrek. The company has not revealed the exact number of the electric SUVs that got destroyed in the fire.

Volkswagen also released an official statement that stated the fire on the ship damaged nearly 4,000 group-brand vehicles to such an extent that they can no longer be delivered to customers. “More detailed information is not yet available. The ship’s cargo was destined for the American market. Brands and dealers have already begun informing their customers and finding individual solutions," shared the automaker. Volkswagen also added it was thankful that no one got hurt and there was no oil spill in the ocean.

As per previous reports, it took quite some time to bring the fire under control as it was aggravated by the lithium-ion batteries on board. Joao Mendes Cabecas, captain of the nearest port in the Azorean Island of Faial reportedly conveyed the fire died down in the ship as there was little combustible material left. However, the ship's crew team constituting 22 members were safely evacuated on the first day of the accident.