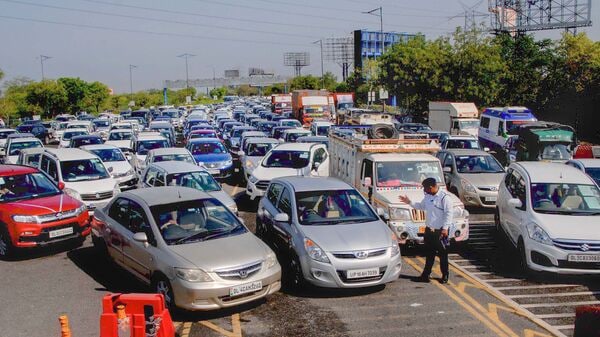 The police in Telangana are offering a one-time discount on pending traffic challans starting Tuesday, providing some relief to vehicle owners. The discount will be applicable for one month, that is, from March 1 to March 31.

RTC drivers are being given a discount of 70 per cent, meaning only 30 of the fine amount is payable while the pushcarts vendors have been offered 80 per cent discounts. Further, a discount of 90 per cent is being provided on fines issued for not wearing a mask.

The decision has been taken considering the financial trouble faced by many people during the last two years due to the coronavirus pandemic, AV Ranganath, Joint Commissioner of Police (Traffic), Hyderabad, told ANI. “Many people could not pay the outstanding challans on time. The challans were piled up. So to offer some relief, we have come up with this solution," he said. He added that this initiative is not meant as an income-generating or revenue-generating drive, but is simply meant to provide respite to commuters.

Many traffic violations attract hefty challans with the government issuing over 7.67 crore fines in the country in 23 months since the new Motor Vehicles (Amendment) Act, 2019 was implemented. The amended bill was passed in the Parliament on August 5, 2019.

The number of challans went up by 291% as compared to 1.96 crore fines issued during 23 months before the implementation of the new Motor Vehicles Act.