Due to rise in Covid-19 cases in some of the areas, district administrations are likely to continue with restrictions on vehicle movements.
By : HT Auto Desk
| Updated on: 08 Jun 2020, 09:11 AM 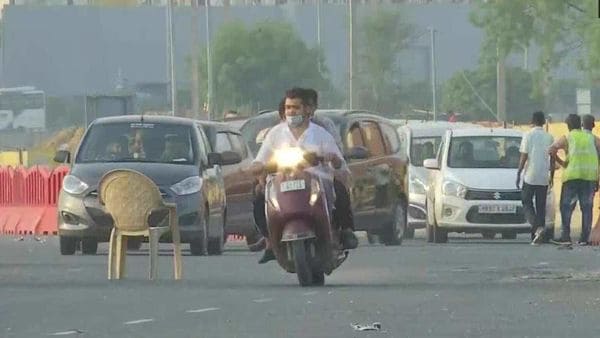 Delhi has opened its borders from Monday for regular movement of vehicles. (photo courtesy: Twitter/@ANI)

A week after sealing off Delhi's borders with neighbouring Noida, Ghaziabad, Gurugram and Faridabad, the state government has reopened all entry points from Monday morning. However, certain restriction on vehicles moving between the borders is likely to remain.

For instance, despite Delhi opening up its borders, Ghaziabad district administration has decided to keep its border sealed. Citing number of rising Covid-19 cases in the district, of which 19 were added on Sunday, the administration had decided to seal the border since April 22. The restrictions will continue for residents in the region.

Vehicles from Noida may also face similar issues as the district administration decided to continue with the restrictions imposed earlier. The authority had shut down the border for vehicular movement, except for those involved in essential services. Forty-one more people tested positive for Covid-19 in Uttar Pradesh's Gautam Buddh Nagar on Sunday, pushing the number of cases in the district to 632.

However, vehicular movement between Delhi and Gurugram or Delhi and Faridabad is likely to normalise from Monday.

On June 1, the Delhi government had announced that the border between the two cities will remain sealed for the next one week. The order came despite the Centre lifting all restrictions on inter-state movement of vehicles. The decision by the Delhi government was taken as the number of cases has been steadily rising in the national capital.

(Also read: Delhi now has no restrictions on number of passengers in vehicles)

Last week, several office-goers, those with valid e-passes and many with medical appointments were stuck for hours on the busy entry points of Delhi as its borders were sealed. It led to chaos and traffic snarls. Vehicles piled up and many people were seen reasoning with the police as they were not allowed to enter Delhi from Uttar Pradesh and Haryana.

On Sunday, Delhi chief minister Arvind Kejriwal lifted the restrictions, allowing people to commute between these NCR cities to work or any other purpose.