The new regulatory body would enforce standards and monitor price levels at electric vehicle charging stations in the UK.
By : HT Auto Desk
| Updated on: 16 Feb 2022, 11:34 AM 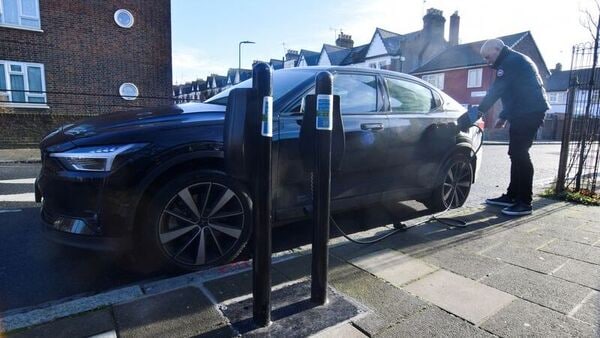 Carmakers in the UK have called for the formation of an independent regulator to oversee the country’s electric-vehicle charging infrastructure push as concerns are being raised about long lines at charging stations. This is putting off buyers of electric vehicles.

As per the country's Society of Motor Manufacturers and Traders (SMMT), the new regulatory body would enforce standards and monitor price levels at charging stations. The group also seeks binding targets to ensure that enough public chargers are built across the country to suffice the charging needs of all EV owners.

Various carmakers such as Stellantis NV, Bentley Motors and Aston Martin Lagonda Global Holdings have announced plans to electrify their lineups as UK has decided to ban sales of new combustion-engine cars from 2030. However, while the EV penetration in the country tripled between 2019 and 2021, charging points increased only 70%, the SMMT said.

The motor manufacturers group expects that an independent regulator will put a pressure on infrastructure to rise in the coming years as more people switch from combustion-engine powered cars to battery-powered models. "With clear, equivalent targets and support for operators and local authorities that match consumer needs, government can ensure the UK has a charge-point network that makes electric mobility a reality for all," SMMT Chief Executive Officer Mike Hawes said in a statement.

The rise in electric vehicle demand in the country is evident as car sales rebounded the most in seven months in January thanks to battery-powered vehicles. One in five buyers opted for a car with a battery, with shipments of fully electric vehicles more than doubling and plug-in hybrids rising 47% last month. It is the biggest rise in monthly sales since June 2021 with the UK’s growth outpacing Germany’s 8% sales increase and France’s 19% decline.