The delivered TVS Apache RTR 160 motorcycles will be put to use by the Bangalore police personnel to be more vigilant on the field.The Apache RTR 160 comes with segment-first GTT – Glide Through Technology feature.
By : HT Auto Desk
| Updated on: 12 Nov 2020, 16:03 PM 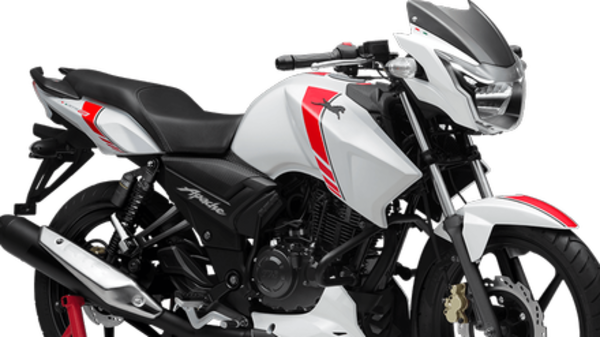 TVS Motor Company on Thursday announced that it has handed over 25 units of its popular Apache RTR 160 motorcycles to the Bangalore police. A key handling over ceremony was organised for the Bangalore city police personnel and the event was attended by Minister – Home, Government of Karnataka – Basavaraj Bommai, and Commissioner of Police, Bangalore – Kamal Pant.

The delivered units of the Apache RTR 160 motorcycles will be put to use by the Bangalore police to be more vigilant on the field. The bike comes equipped with segment-first GTT – Glide Through Technology feature.

It runs on a 159.7 cc, single-cylinder, air-cooled engine which is known to push out 15.1 PS of maximum power at 8,400 rpm and 13.9 Nm of peak torque at 7,000 rpm. It gets a 5-speed transmission. It features company's race-inspired short-stroke RTR (Race Throttle Response) engine.

The company has also announced that its premium Apache brand has crossed four million global sales milestone. Originally introduced in 2005, the Apache series has become one of the fastest-growing brand in the segment.