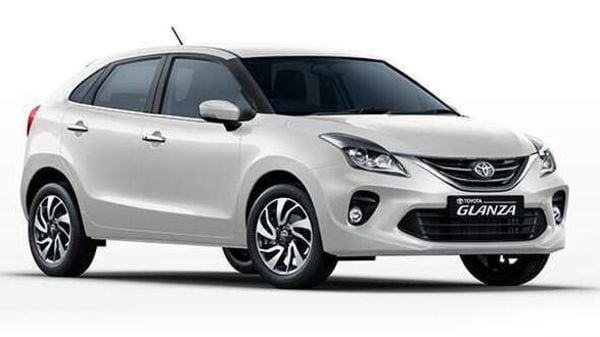 Toyota Glanza is the rebadged version of Maruti Suzuki Baleno.

Having established its presence in urban centres, Toyota Kirloskar Motor (TKM) is now looking to expand its sales network in rural areas in the country as it aims to tap demand for its entry-level products like Glanza and Urban Cruiser in such locations.

The company, a joint venture between Japanese auto major Toyota and Kirloskar Group, plans to ensure that a major part of any future investment on sales network expansion is now directed towards smaller cities and towns.

"We now plan to go into interior parts of the country as we have already established our sales network in the big cities," TKM Senior Vice President Naveen Soni told PTI in an interaction.

The company needs to bolster its presence in smaller cities, towns and rural areas as the demand for products like Glanza and Urban Cruiser is much stronger in such areas, he added.

"A and B vehicle segments are the primary domain of smaller cities where we do not have adequate presence right now. We are trying to have dealership expansion in such a manner that we can meet the market requirements," Soni noted.

The company currently has around 419 dealers across the country. Last year it opened around 50 outlets of which 70-80 per cent were in the rural areas.

"We are now making a plan for this year. The most important thing that we are proposing now is the focus on smaller townships, the rural India. It is where we are going to focus. It is in such locations where our new products from the alliance partner will be more accepted," Soni said.

As per a global collaboration between Toyota and Suzuki, Maruti Suzuki sells Vitara Brezza to TKM which after making certain design changes sells the model as Urban Cruiser in the domestic market.

TKM also gets MSI's premium hatchback Baleno under the same arrangement and sells it as Glanza in the market.

When asked about future products it expects to get from the alliance partner , Soni said the company would continue to evaluate the market and see which products fit its requirement.

He however noted that SUVs continue to dominate sales in the country.

"Already one-third of the passenger vehicle sales are driven by SUVs. That being the case SUVs would play an important role in any automobile company's portfolio," Soni said when asked about the company's plans regarding expanding its SUV portfolio in the country.

He said SUVs were an important part of the market which needs to be considered like any other growing segment.

Soni said that sales momentum was expected to continue in the next fiscal as well on the back of enhanced demand for personal vehicles owing to COVID-19 crisis and also due to the continuation of pent-up demand from previous months.

"The year has started well. We should end this quarter as the best in the current fiscal..More importantly the month-on-month demand aggregation seems to be happening due to launch of fresh products and the need for personal mobility," he added.

He however noted that challenges like semiconductor shortage and steep increase in commodity prices were also likely to continue making it difficult to predict the future correctly.

Soni further noted that the company is looking to enhance production capacity at its Bidadi-based manufacturing plant in order to cut the waiting period on its various models.

The fact that the four-month old labour unrest at the facility has ended is also likely to benefit the automaker which rolls out models like Fortuner and Innova Crysta among others from the Karnataka-based production facility.

When asked if TKM is also facing production issues due to the semiconductor shortage, he said: "So far we have been managing but we don't know what will happen in the future. We are sourcing from multiple vendors but if it continues in the future we will have to see."

On plans to hike prices due to rise in input costs, Soni said: "...the current situation is concerning to us but as far as the final impact is concerned we are monitoring the situation. Typically we don't look into the short term impact. If we are forced to do it, then it would be to mainly accommodate our supplier partners."

The company had last increased prices of its models in January.