Toyota has managed to weather the storm better than its peers amid lockdowns in China due to resurgence of the coronavirus pandemic.
By : HT Auto Desk
| Updated on: 31 May 2022, 07:20 AM 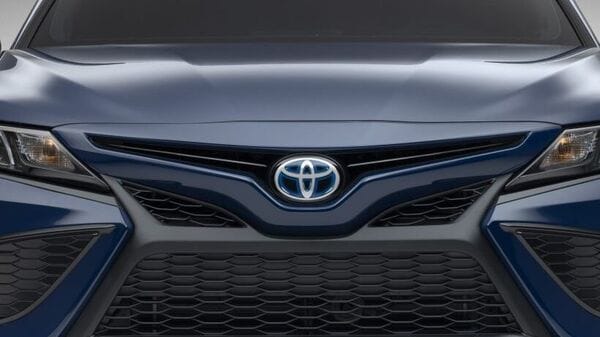 Toyota Motor Corp sold at least one million more vehicles than Volkswagen AG through April and is set to wear the crown of the world's largest automaker for the third straight year. Both the companies faced headwinds in their manufacturing operations in China due to implementation of lockdown but Toyota has managed to weather the storm better than its peers. While the worldwide deliveries for the Japanese automaker slipped 5.8% in the first four months of the year, sales for its German rival plunged 26%.

Last month, Toyota fell short of its production target due to restrictions related to coronavirus induced lockdowns and yet continued to outdo Volkswagen. The Japanese automaker's President Akio Toyoda told employees in March that the company was reexamining production plans along with suppliers to avoid “exhaustion." And in March, the automaker managed to set a record for its global vehicle output.

Toyota Motor's shipments in China saw hampered because it had to halt production at each of its plant due to Shanghai lockdown. On the other hand, Volkswagen saw a difficult year in China, its largest market, with deliveries falling 30% through April. Notably, the German company has a much bigger presence than Toyota in Western Europe, where Russia’s invasion of Ukraine has further disrupted already strained supply chains.

In a separate development, the lockdowns in China have marred the production capacity of the top three Japanese automakers - Honda, Toyota and Nissan. Last month, production of Honda dipped 81% from a year earlier last month whereas for Toyota and Nissan, this slid 34% and 51% year-on-year, respectively.