The cyber attack is said to have come just after Japan joined Western allies in clamping down on Russia due to its invasion of Ukraine.
By : HT Auto Desk
| Updated on: 28 Feb 2022, 05:43 PM 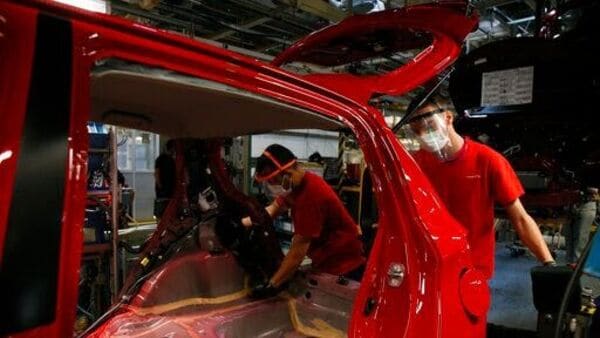 Toyota Motor Corp has temporarily suspend factory operations at all its domestic plants on Tuesday, losing around 13,000 cars, after one the companies supplying plastic parts and electronic component to it was hit by a suspected cyber attack.

While there is no clarity on who is behind the attack or on the motive, the attack is said to have come just after Japan joined Western allies in clamping down on Russia due to its invasion of Ukraine. However, it is not clear if the attack was related to this.

A spokesperson of thhe supplier, Kojima Industries Corp, told Reuters that it appeared to be some kind of cyber attack while a Toyota spokesperson described it as a “supplier system failure".

The production halt comes at a time when the world's biggest automaker is already dealing with supply chain disruptions around the world caused by the coronavirus pandemic. The supply chain issues have forced Toyota and other carmakers to curb output at their plants. Even this month, Toyota saw some production halt in its North America plants due to parts shortages caused by the Canadian trucker protests.

Earlier this month, hundreds of truckers partially blocked the busiest border crossing between the US and Canada in protest against rules demanding drivers be vaccinated before allowing to cross border with the US. This led to worsening of semiconductor chip shortage that has already been bothering automakers around the world.

Through January, Toyota had to halt production at its factories in Japan as rising Covid-19 among auto workers hindered the supplies of parts. The company then decide to make up for lost production in the following months. The company last month said that its annual target of manufacturing nine million vehicles in the year ending March 31 does not look achievable as it does not have enough chips.