Home Auto News Toyota Bzx4 Suv Breaks Cover As Its First All Electric Car: All You Need To Know

Toyota bZX4 SUV breaks cover as its first all-electric car: All you need to know

Toyota's bZX4 electric SUV, where bZ stands for beyond Zero reflects the company's approach towards carbon neutrality.Toyota plans to bring in seven more bZ models by 2025.
By : HT Auto Desk
| Updated on: 30 Oct 2021, 11:52 AM 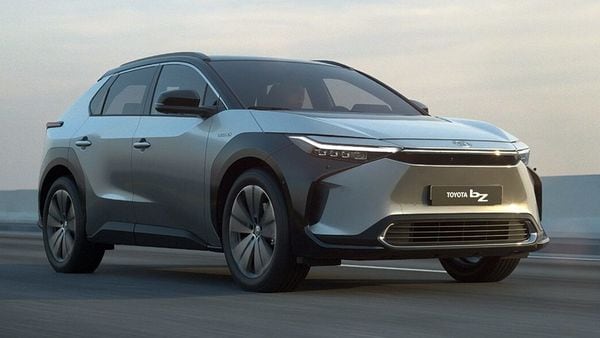 Toyota has recently unveiled its first all-electric SUV called the bZ4X. It is the first model in the company's bZ series which will host a range of new models in the near future. The name bZ stands for ‘beyond Zero’ which reflects Toyota's approach towards carbon neutrality. With the announcement of its bZ range, Toyota is aiming to gain acceptance in the regions with stronger demands for EVs such as China, the US, Europe and Japan.

The EV platform for the Toyota bZ4X has been developed together with Subaru Corporation with a target to equip the electric SUV with off-road performance capabilities. Toyota informed that it wanted to create a battery electric vehicle (BEV) that can be driven safely and conveniently for many years, considering securing cruising range, particularly in winter settings, and targeting a top-class battery capacity retention ratio.

The new EV will feature a 71.4 kWh battery pack. As for the range that it will provide, Toyota conveyed its cruising range per charge which claims to be 500 km for the front-wheel-drive version and about 460 km for the all-wheel-drive version. The former sports a single 150 kW motor while the latter features an 80 kW motor on each axle. Toyota also mentioned that the EV is compatible with high-output chargers worldwide and can be charged to 80 per cent in 30 minutes with the capacity of 150 kW direct current.

The new Toyota bZX4 EV is a mid-size SUV that gets a very modern and sophisticated exterior design. Inside, customers will be free to choose between a conventional-shaped steering as well as wing-shaped steering with a steer-by-wire system that Toyota calls One-motion grip. The automaker adds that this will provide the user with more legroom, improved driving position freedom and ease of entry and exit. The company claims that it gives the user a better steering experience and one can also change steering characteristics with drive mode selection.

(Also read | Electric cars are not for everyone to drive: Toyota’s chief engineer)

With the unveiling of the bZ4X EV, Toyota entered the global electrification market and has plans to introduce seven more bZ models by 2025. Toyota is planning to launch the bZX4 EV in mid-2022.