Home Auto News Electric Cars Are Not For Everyone To Drive: Toyota’s Chief Engineer

Electric cars are not for everyone to drive: Toyota’s chief engineer

Toyota President Akio Toyoda and other company officials have said that electric vehicles will play a greater role in reducing emissions, but other solutions should be used.
By : HT Auto Desk
| Updated on: 22 Oct 2021, 09:03 AM 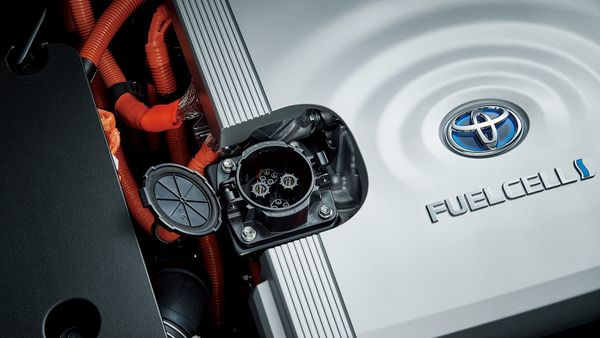 Toyota President Akio Toyoda and other company officials have said that electric vehicles will play a greater role in reducing emissions, but other solutions should be used.(File photo)

Toyota Motor, world's largest carmaker which plans to launch at least 15 electric cars in next three years, thinks that battery EVs are not meant for everyone. Gill Pratt, Chief Scientist at Toyota Motor said that while a lot of people are concerned about the climate and want to reduce their carbon footprint, there are other means than just driving an electric vehicle.

Pratt's comments came at an event organised by Reuters on Thursday, during a discussion on electric vehicles. His remarks are line with the President of Toyota Motor Akio Toyoda, who, along with some other Toyota executives, have propagated that options like petrol-hybrid or hydrogen fuel cell vehicles should also be considered as an alternative for the bigger goal of achieving carbon neutrality.

Pratt was quoted by news agency Reuters, saying, "It's not for us to predict which solution is the best or say only this will work."

Toyota is one of the few carmakers around the world which does not have a very expansive plans to go all electric soon. The carmaker bets big on fuel cell vehicles instead. Though the carmaker has made a sizeable investment recently to produce EVs and batteries in United States, Toyota plans to launch only 15 fully electric cars by next three years among the 70 odd electrified models, which include hybrids and hydrogen fuel cell vehicles, it aims to launch during the same timeframe.

When it comes to hybrid vehicles, Toyota Motor is the market leader with as many as five cars, including the RAV4, Highlander, Prius and Camry hybrids, which are best-sellers around the world. Fewer among these are likely to be converted into battery electric vehicles in the near future.

Earlier this week, Toyota Motor announced that it will invest about $3.4 billion to develop batteries for electric vehicles besides building EVs in United States till 2030. It also plans to set up a new facility in the US which aims to start production in 2025.

Toyota has already sold 18.7 million electric vehicles, including more than 4.5 million EVs in the US, so far. Electric cars account for nearly one fourth of of Toyota's sales volume in the US. The carmaker expects the share to rise to nearly 70 percent by 2030.