Toyota and Honda join a number of global automotive brands to suspend operations in Russia due to its invasion of Ukraine.
By : HT Auto Desk
| Updated on: 03 Mar 2022, 09:10 AM 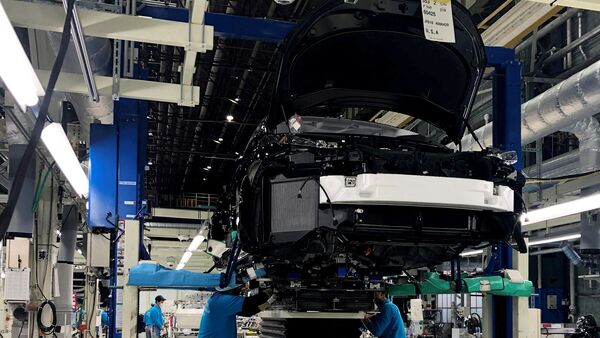 Japanese carmakers Toyota and Honda have joined the growing list of global companies, including automotive brands, that have pulled out of doing business in Russia in the aftermath of Moscow's invasion of Ukraine. Both Toyota and Honda are now part of a list that includes, among several others, automotive companies like GM, Daimler, Volvo, Volkswagen, Harley-Davidson and others.

As per a Reuters report, Toyota Motor Corp. announced its decision to stop vehicle shipment to Russia and has also decided to bring production at its facility in St. Petersburg to a pause. Toyota manufactures RAV4 and Camry models at this plant. “Toyota is watching the ongoing developments in Ukraine with great concern for the safety of people of Ukraine and hopes for a safe return to peace as soon as possible," a company statement read. "We are also monitoring global developments and will make necessary decisions as required." Automotive companies are taking strong actions on their operations in Russia.

Honda Motor Co. too has decided to stop the export of its cars and motorcycles to Russia for now. While the company has no plant in the country, it is reported that around 1,500 SUVs are exported each year to Russia from manufacturing facilities in the US. Honda at present blames supply-chain disruptions for its decision. Production in and exports to Russia remain affected.

The decision of these two Japanese automotive companies is likely to add more force to the increasing boycott of Russia by the global automotive industry as a whole. While a number of strict and stringent economic sanctions announced by the US and the European Union (EU) may have a big impact on Russia, the world's 11th largest economy, the snub from automotive companies too is likely to have a significant play.