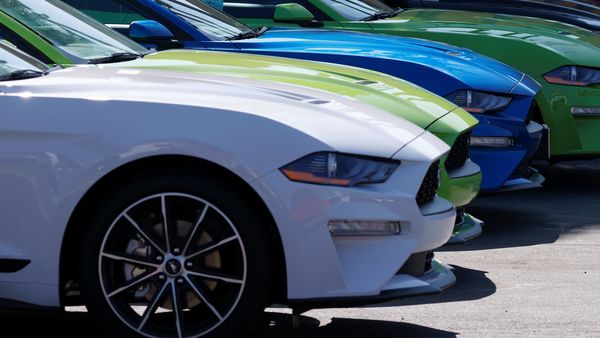 Buying a big and imposing vehicle in France may get bragging rights to its owner but could now also come with a hefty increase in the tax he or she may have to pay. This is because France is reportedly mulling a move which could significantly raise CO2 emissions tax on cars which go beyond the prescribed emission levels.

With a clear focus on making electric vehicles more popular in a bid to help the environment, the French government is reportedly considering bringing in a legislation which could have vehicles with regular combustion engines costing a whole lot more if they don't meet the set emission standards. This CO2 emissions tax is currently at 20,000 euros but could reach as high as 50,000 euros, reports Automotive News.

This could hit the premium SUV, super car and luxury car market, making such vehicles even more expensive than what they are, in case they don't adhere to the emission levels set out.

French President Emmanuel Macron has already announced he wants his country to be the EV-producing capital of Europe. That is an ambitious task because Scandinavian countries like Norway and Sweden have quite the lead in terms of the EVs on roads. Macron in May had announced an 8 billion euro ($8.8 billion) plan to help speed up EV manufacturing in France. "We need a motivational goal: make France Europe's top producer of clean vehicles by bringing output (up) to more than one million electric and hybrid cars per year over the next five years," he had said. (Full report here)

Experts say that while this and the proposed plan for higher taxes on gas guzzling vehicles may be separate, there is a clear focus on dissuading buyers from opting from vehicles that may not be considered environmentally friendly.

And France is hardly alone in pushing the case of EVs against ICE vehicles. Germany, the home of luxury brands like Audi and Mercedes-Benz, has also rolled out incentives for those who opt for EVs instead of regular vehicles. Across the English Channel, UK is contemplating ways of making EVs more popular while across the Atlantic itself, the United States is also a key market being targeted by manufacturers, including Chinese players in the EV game.