This bygone Mercedes-Benz 300 was a laboratory on the go 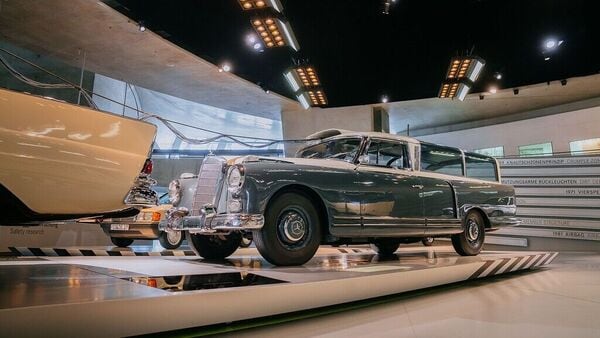 This converted model was successfully used as a rolling measurement laboratory

A Mercedes-Benz 300 from 1960 whose current home is the Mercedes-Benz museum can come across as a not-so-normal vehicle for anyone as the highlight of the model starts after the B-pillar section. At the rear, one can find numerous measuring instruments along with two individual seats with narrow, wickerwork backrests inside.

This one-off Mercedes-Benz model was based on Adenauer was built in 1960 and was minutely constructed and equipped for its intended use which was a measuring car for the development engineers in the testing department, informed the premium automaker. This saloon in the W 189 series was chosen because the team need a fast and large vehicle that was capable of transporting big measuring equipment. 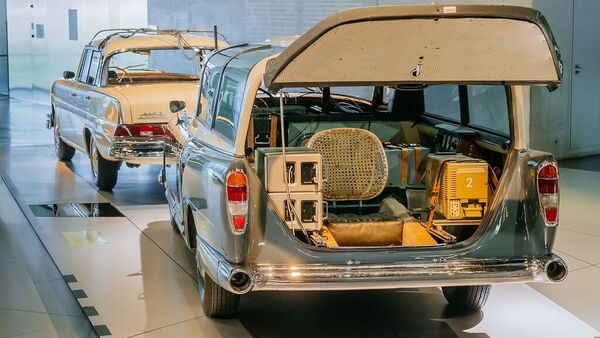 The special model from the luxury automaker featured an injection engine from the later version of the W 189 (1957 to 1962). (Mercedes-Benz)

This converted model was successfully used as a rolling measurement laboratory. Due to that, it was connected to another vehicle via a cable up to 30 metres long resembling an early local area network (LAN). The line transmitted sensor data to sensitive measuring devices in the rear part, shared the company.

Mercedes-Benz shared that back then the engineers did not enjoy top comfort in the measuring vehicle as it had limited headroom plus the glazing did not let a lot of light into the interior on sunny days, and hence created something of a greenhouse climate.

The special model from the luxury automaker featured an injection engine from the later version of the W 189 (1957 to 1962). It generated a power output of 160 hp and offered a maximum price of 120 kmph whereas a normal Adenauer with automatic transmission could touch the maximum speed of 165 kmph. The measuring car was used until the 1970s, mainly on the test track in Untertürkheim. Though it also has road approval and comes with a registration number, S-MH 867.