Congo accounts for nearly 70% of the global supply of cobalt used in the lithium-ion batteries that power most electric vehicles.
By : Bloomberg
| Updated on: 04 Apr 2021, 09:22 AM 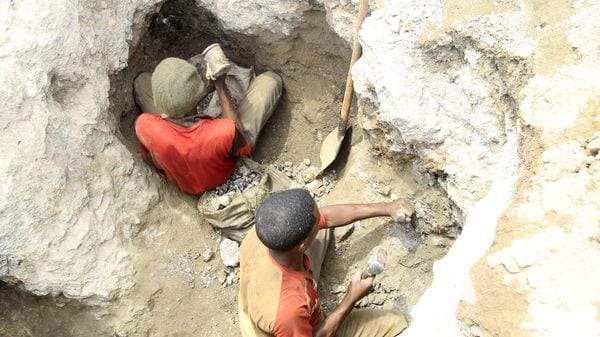 Democratic Republic of Congo, the world’s main source of vital battery ingredient cobalt, is also one of the poorest nations. And while it’s dominated by huge industrial mines, about a fifth of its silvery-blue metal is still hand-dug, in often unregulated and dangerous conditions.

Jean-Dominique Takis Kumbo, the head of the new state cobalt buyer, is determined to change that.

His Entreprise Generale du Cobalt will have a monopoly on all hand-dug cobalt in the central African country, giving it power to improve working conditions and potential control of nearly 15% of the world’s production. Takis says he’s hoping that’s a market share big enough to help influence cobalt prices the way Saudi Arabian Oil Co., or Aramco, does with oil, and ultimately boost profit for the state.

“You can’t speak about the oil sector without speaking of Aramco," Takis, 61, said in an interview. “We believe that EGC will introduce the image and identity of Congo to the markets for those involved in cobalt."

Congo accounts for nearly 70% of the global supply of cobalt used in the lithium-ion batteries that power most electric vehicles. The part that is hand-dug, or artisanal, has long been criticized for its dangerous working conditions, with deaths and child labor common. Concerns about the industry have prompted miners and carmakers to reassure customers about ethically mined supplies of the metal -- BMW AG said in 2019 it won’t buy metal from artisanal sources, and like Tesla Inc., is among manufacturers backing initiatives to improve conditions at the sites.

EGC plans to use its monopoly to limit artisanal mining to approved sites that will be monitored to ensure they comply with safety and other standards. Once it’s up and running, all other buyers of artisanal cobalt will have six months to shut down, Takis said.

The state company will produce about eight thousand tons of cobalt contained in hydroxide form in 2021, with output expanding “exponentially" in the years to come, he said.

EGC is partnering with trading house Trafigura Group in a five-year deal to finance the creation and control of artisanal mining zones, ore-purchasing stations and costs related to buying, processing and delivering of cobalt hydroxide to end buyers.

But there’s a long way to go for that plan to become a reality. Trafigura is still assessing the investment required to prepare the first accredited mining site.

“We foresee a considerable body of work to bring the site up to a level that meets the newly launched EGC standard," a Trafigura spokesperson said Thursday.

Takis said mining production at first will be limited to a single site known as Kasulo in Kolwezi, a town 820 miles southeast of the capital Kinshasa.

Kasulo was once a residential neighborhood, but became famous when a resident found cobalt in his yard while digging a latrine. Thousands of artisanal miners descended on the site, partnering with home-owners to dig up their plots in the hopes of striking it rich. The ensuing chaos kick-started a movement to formalize artisanal mining in the country.

The initial investment to prepare the site will cost $15 million, after which EGC hopes to have $7 million to $8 million available per week to purchase and process cobalt into hydroxide form, Takis said.

While Trafigura will prepare all of EGC’s cobalt for market, the state company can keep 50% of the output for itself and sell it separately, Takis said. It’s also in talks with processing plants in Congo that currently treat artisanal cobalt to switch to EGC’s product.

“These production plants will, one way or another, come to an agreement with EGC in order to continue to operate," he said.