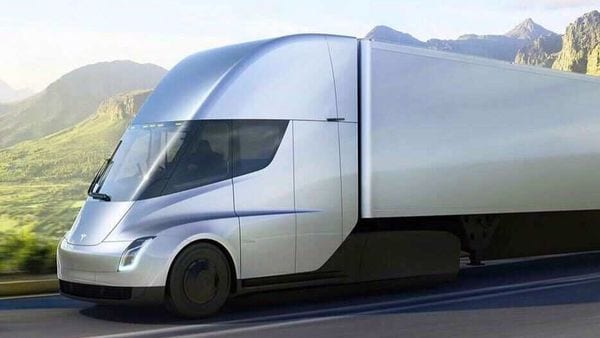 Tesla Semi promises to be a game-changer in the fleet and transport sector but questions persist about its production scale-related challenges.

Tesla Semi battery-powered truck has been creating a whole lot of buzz ever since it was first unveiled to the world in November of 2017. An ambitious project, even by Tesla standards, the Semi EV promises to be a game-changer in the long-distance trucking business around the world. But first batch of deliveries are still awaited. And scaling up production may now be tougher than ever before.

While the first batch of Tesla Semi units are unlikely to be delivered anytime before 2022, CEO Elon Musk in a recent tweet stated that scaling up production is proving to be difficult owing to supply constraints plaguing battery cells. "Demand is no problem, but near-term cell supply makes it hard to scale Semi. This limitation will be less onerous next year," Musk wrote.

Obviously a key component in any electric vehicle, the shortage in supply of battery cells could, quite obviously again, lead to production headaches for automakers. And the headache could be more painful for Tesla than others because it is looking at scaling up as the sure-shot way of staying ahead in the race for supremacy in the world of electric mobility.

Tesla products currently are in the personal mobility space and the Semi electric truck is its first foray into the commercial transportation space.

Among the most noticeable of customers, PepsiCo recently confirmed it expects deliveries of 15 Tesla Semi units. Others include multiple logistics firms.

Tesla Semi will be manufactured at the company's upcoming facility in Austin, Texas but the timelines have been fuzzy. At the unveiling back in 2017, Musk had stated that the electric truck will hit production lines in 2019. This was then pushed back to 2021. Now, Musk had hinted that mass production may not be possible before