Elon Musk had jumped with joy after the successful SpaceX launch. He may as well have jumped once again as the SpaceX founder's image boost possibly rubbed off on Tesla, a company he first invested in and then took over as CEO.
By : HT Auto Desk
| Updated on: 02 Jun 2020, 03:44 PM 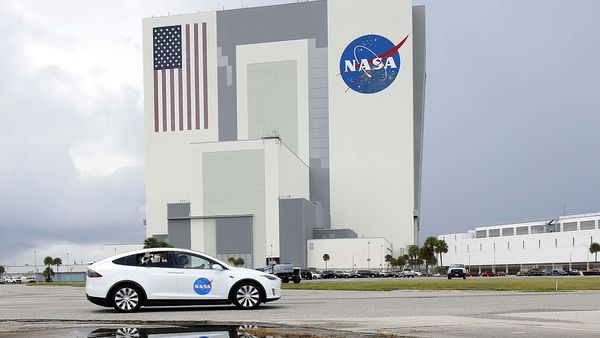 Many have said that Elon Musk has managed to showcase the Tesla car and sort of advertise it without spending a penny in this particular 'campaign.'

Tesla's stock (NASDAQ:TSLA) on Monday rose significantly just days after SpaceX's historic launch to put two NASA astronauts into outer space. Elon Musk, the man in charge at both Tesla and SpaceX, received a credibility boost of sorts after the successful launch which may have helped the electric car-making company outpace the market.

Tesla stock price reportedly rose by almost 8% by the end of trading session on Monday. Just two days earlier, on Saturday, SpaceX managed to successful send two astronauts on board Falcon 9 rocket into outer space. The Crew Dragon capsule would eventually, and successfully, dock at the International Space Station. This was a historic development because it was for the first time that a commercial spacecraft brought astronauts to the ISS.

(Also read: 'No other country...': Tesla and SpaceX CEO Elon Musk heaps praise on US)

Musk had jumped with joy after the successful launch. He may as well have jumped once again on Monday as the SpaceX founder's image boost possibly rubbed off on Tesla, a company he first invested in and then took over as CEO. 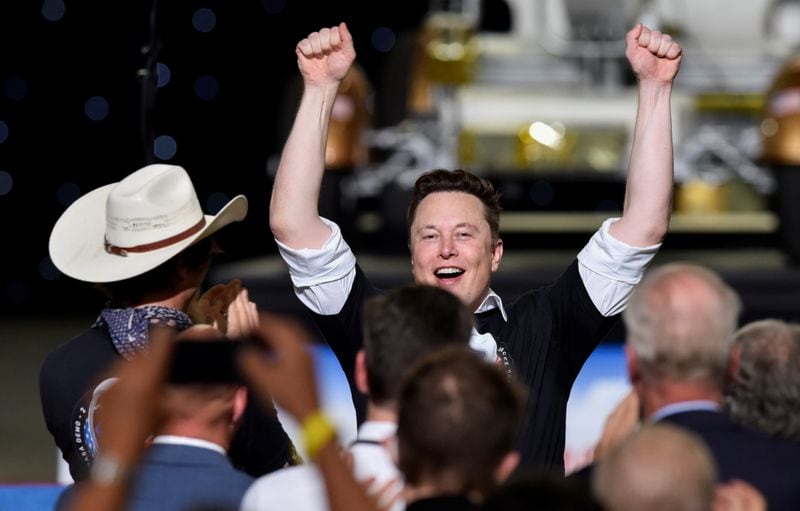 SpaceX CEO Elon Musk celebrates with his brother Kimbal Musk (in hat) after the launch of a SpaceX Falcon 9 rocket and Crew Dragon spacecraft on NASA's SpaceX Demo-2 mission to the International Space Station. (REUTERS)

Tesla stocks have made noticeable gains over the last several months and reports suggest that good times could continue despite the challenges staring the global automotive industry due to the Covid-19 pandemic. Some of the reasons cited include development on a 'million mile' battery that could eventually ensure Tesla cars become more affordable than ever before while allaying fears emanating from a possible lack of supporting infrastructure for electric vehicles. Another reason is that Musk has been pushing up Tesla's production at its US plant. While Covid-19-related shutdown did cause work suspension in the company's plant in Fremont (California), Musk got his way after a bitter verbal duel with local health officials. Then there is Tesla's massive strides in the Chinese automotive market which registered positive figures for the second straight month in May.

While there have been many who have also predicted a 'boom and bust' scenario, Tesla stock price have largely remained in the green so far and could possibly stay there in the foreseeable future.