Home Auto News 'no Other Country...': Tesla And Spacex Ceo Elon Musk Heaps Praise On Us

'No other country...': Tesla and SpaceX CEO Elon Musk heaps praise on US

Elon Musk had started SpaceX back in 2002 and became an early investor in Tesla before eventually taking over as CEO.Musk says he could not have had as much success as he has had in any other country except the US.
By : HT Auto Desk
| Updated on: 27 May 2020, 16:43 PM 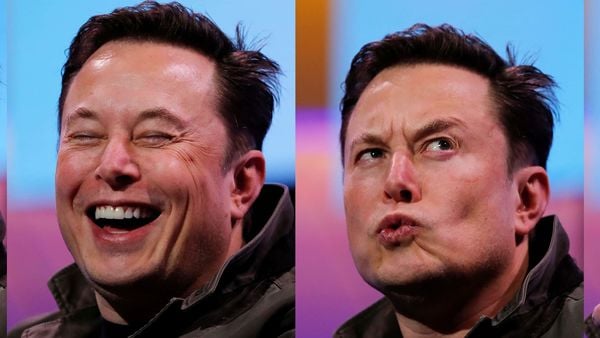 The many moods of Musk: File photo of Elon Musk.

Tesla and SpaceX CEO Elon Musk has heaped praise on the United States and said that it won't have been possible to find the success he enjoys today in any other country. Musk was born in South Africa's Pretoria in 1971 and had emigrated to the US in 1992.

Musk had started SpaceX back in 2002 and became an early investor in Tesla before eventually taking over as CEO. While SpaceX is now at the cusp of a historic mission to launch two NASA astronauts into space - its first crewed mission ever, Tesla has already established itself as a champion in the field of electric mobility and is racing towards a future in which cars drive autonomously. And through it all, Musk is believed to have provided the vision to push forward. The 48-year-old billionaire, however, at least partly credits the US for all the opportunities to have come his way. "America is still the land of opportunity more than any other place, for sure," he told Bloomberg in a recent interview.

Musk then went on to outline how he was riddled with student debt but always wanted to make it to the US. "“I paid my own way through college—through student loans, scholarships, working jobs—and ended up with $100,000 of student debt. I started my first company [Zip2] with $2,500, and I had one computer and a car that I bought for $1,400, and all that debt," he further explained.

And although Musk recently said he would be giving up his material possessions and even put up many of his properties for sale, he is estimated to be worth $36.8 billion. "There is definitely no other country where I could have done this—immigrant or not," he said in the interview to Bloomberg.

Over the past several years, Musk has managed to create a massive fan following around the world even if there are critics aplenty as well. His rather eccentric nature has often invited ire or worse still, found him in court rooms. And while doubters have predicted doomsday is coming at various stages in the past, Musk has managed to push forward.