Tesla planning another factory in Shanghai to meet increasing demands

Tesla intends to build a second factory in Shanghai to meet the rising demands in the world's biggest automobile market.
By : HT Auto Desk
| Updated on: 25 Feb 2022, 01:01 PM 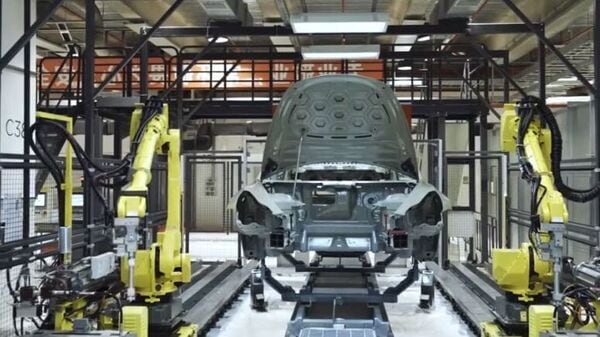 Tesla is reportedly planning to build a second plant in Shanghai as the EV major is aiming to more than double its production in China. As per a Reuters report, Tesla is aiming to start the construction as soon as next month.

Once the company constructs the factory and it becomes fully operational, the capacity of the EV brand will go up to 2 million cars per year at its expanded Shanghai facility which is its main export hub, informed sources. Tesla's new factory will be located in the vicinity of its existing production base in Lingang, Pudong New Area.

If successful, this expansion move will bring the EV company at par with other established automakers in the world's largest automotive market. Tesla will compete with automakers such as Toyota which manufactured around 1.6 million vehicles in China last year. General Motors along with its Chinese partner SAIC Motor Corp produced 1.4 million vehicles in China in 2021. Volkswagen may become a prominent competitor of Tesla as the auto major has plans to manufacture 1 million EVs in China by 2023.

Tesla's current plant in Shanghai called Gigafactory 3 started production in less than a year after breaking ground. The factory makes the popular Tesla Model 3 sedans and the Model Y crossovers. These expansion steps will ready the company's existing factory as it is aiming to build around 1 million vehicles this year, mentioned two sources in the report. Tesla has plans to increase its weekly production by 22,000 electric vehicles at the factory in the coming months. Thus, the production rate will come up to 1.1 million vehicles over a year, more than double the plant's original projected capacity.