Tesla facility in Shanghai is reportedly gearing up to open its second phase which would also manufacture Model Y EV.China is a major market for Tesla vehicles.
By : HT Auto Desk
| Updated on: 08 Sep 2020, 11:50 AM 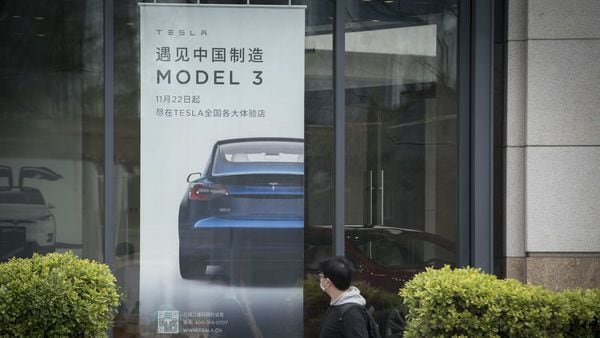 Model 3 is the most affordable car from Tesla currently and is also manufactured in Shanghai.

Tesla is well aware that China is an extremely crucial market for its prospects the world over and sales of its electric vehicles here have a massive bearing on the overall figures it has to show. After inaugurating its first factory outside of the US in Shanghai late 2019, the EV maker is reportedly gearing up to now doubling the output from here.

A report in China's state-run Global Times informed that the second phase of the Tesla facility in Shanghai is near completion and that it could see the manufacturer doubling its output to 300,000 units within a year's time. "The annual output of its Shanghai plant in the first phase has reached 150,000 units. After the second phase opens, it is expected to double output to 300,000 units, which will further reduce costs and enhance competitiveness in the Chinese market," Cui Dongshu, secretary general of the China Passenger Car Association (CPCA), was quoted as saying.

The report further stated that the main section of the second phase is now complete and that this would be from where Model Y will be produced for the Chinese market. Tesla's website in China has already informed that pre-sales for Model Y are open in the country.

It is learnt that the second phase of Tesla's Shanghai facility is currently undergoing interior decoration and electromechanical testing, and that the entire facility may be ready for work as early as by November.

China is the world's largest car market as well as the largest EV market - far outpacing the US and several European markets. And while local players are strong rivals, Tesla has a massive cult following in the country which has helped it ramp up sales figures. Currently, the company's Model 3 is manufactured and sold here. Data from the CPCA showed Tesla sold 14,954 made-in-China Model 3s in June, up 35 percent from May, accounting for 23 percent of China's total EV sales.