Tesla is poised for another record quarter amid high gas prices

Tesla likely delivered 309,158 vehicles globally during the first three months of the year, according to a dozen analysts surveyed by Bloomberg.
By : HT Auto Desk
| Updated on: 02 Apr 2022, 03:39 PM 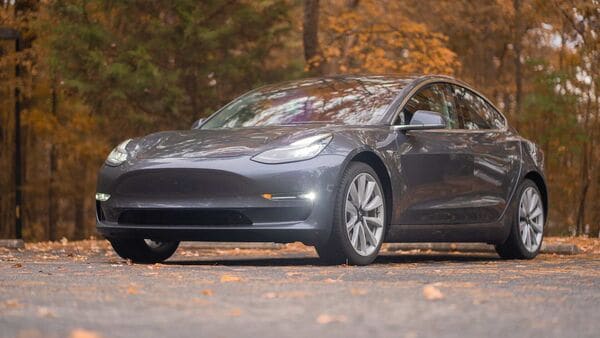 The company likely delivered 309,158 vehicles globally during the first three months of the year, according to a dozen analysts surveyed by Bloomberg. Tesla handed over about 308,000 vehicles in the fourth quarter, which was its best performance to that point.

Deliveries are one of the most closely watched metrics at Tesla: They underpin the Austin, Texas-based company’s financial results and are widely seen as a barometer of consumer demand for EVs amid a shift away from the internal combustion engine. While many large automakers will announce U.S. sales results Friday, Tesla, which reports global totals, has not specified a release date.

Despite another potential delivery record, the past quarter presented challenges for Tesla. The company suspended production at its Shanghai plant amid uncertainty over the city’s pandemic lockdown and ongoing Covid-19 outbreak, which could drag on sales.

“We see the recent China Covid flare-ups as a potential risk to the downside, given Tesla deliveries are typically weighted toward the end of the quarter," said analyst Dan Levy of Credit Suisse. He expects the delivery tally to come in at 307,000, slightly shy of the prior quarter.

Tesla assembles its Model S, X, 3 and Y vehicles at a plant in Fremont, California. It also produces the Models 3 and Y at a factory near Shanghai, which makes cars for China and Europe. The company has begun delivering the first Model Ys from its new plant near Berlin and will have a “Cyber Rodeo" for 15,000 people to celebrate a new factory in Austin next week.

A strong delivery number could provide a boost to Tesla’s stock, extending a rally that has pushed its market value back above the trillion-dollar mark. The EV maker’s deft navigation of the supply-chain crisis, plans for a stock split and plant openings have helped shore up investor sentiment.

Through Thursday’s close, Tesla’s shares were in positive territory for the year, something that wasn’t true of the S&P 500 Index or automakers such as General Motors Co. and Ford Motor Co. Tesla’s stock has also performed much better than that of EV startups Rivian Automotive Inc. and Lucid Group Inc.