Home Auto News Tesla Increases Price Of Self Driving Software To $12,000 In The Us

Tesla increases price of self-driving software to $12,000 in the US

Tesla CEO Elon Musk shared the information of the hike in the price of Full Self-Driving (FSD) software on Twitter.This is the second rise in the price of the software in less than two years.
By : HT Auto Desk
| Updated on: 08 Jan 2022, 11:40 AM 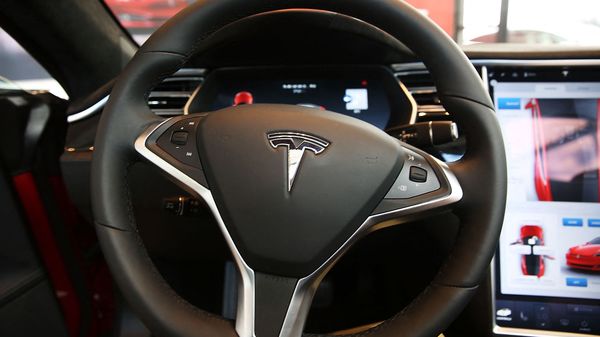 Tesla Chief Executive Officer Elon Musk tweeted that the electric vehicle maker will increase the price of its advanced driver assistant software which is the Full Self-Driving (FSD) software in the United States to $12,000 on January 17.

This hike in the price of FSD comes in less than two years since Tesla raised the price from $8,000 to $10,000 in 2020. Musk took to the microblogging site and said, “Tesla FSD price rising to $12k on Jan 17. Just in the US." He also added that the monthly subscription price will rise when FSD goes to wide release.

Tesla is in the process of expanding the release of a test version of its upgraded FSD software that comes with driving-assistance features like automatically changing lanes and making turns, however, the company has maintained by saying that these offerings do not make the electric vehicle autonomous.

In an attempt to become adopt full self-driving technology, Musk had recently shared that the EV company is going to create a system that will be built around eight 'surround’ cameras that will feed data into the vehicle’s ‘deep neutral network.’ Though many seem sceptical of this move by the EV major. Musk has conveyed that the process will be based on real-time readings collected by a camera that will feed the AI system comprising of data that Tesla sensors have collected through the years.

However, automakers who are trying to ramp up their game in developing advanced autonomy in driving have combined cameras with systems such as lidars, radars based on radio waves or sometimes both.