Braking and steering systems including the Autopilot function in Tesla cars are a part of the investigation.A Tesla official in South Korea says the EV maker will cooperate with the investigation.
By : Reuters
| Updated on: 29 Jul 2020, 08:24 AM 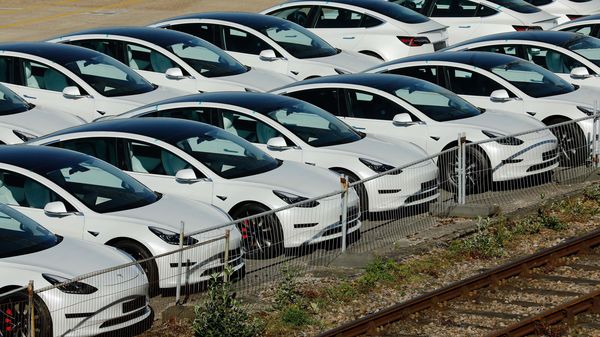 New electric automobiles, manufactured by Tesla Inc., sit on the dockside after being imported to the Port of Southampton in Southampton, UK. (File photo used for representational purpose)

South Korea said it is investigating suspected safety issues with vehicles made by US automaker Tesla Inc, which is competing strongly with Hyundai Motor Co in the South Korean electric vehicle market.

Braking and steering systems including the Autopilot function were part of the investigation, a transport ministry official said on Wednesday.

The ministry declined to elaborate but South Korean media said Tesla's Model 3 was under investigation, and the probe might take anywhere from six months to a year.

Tesla would cooperate with the investigation, an official at its South Korean unit said.

The US National Transportation Safety Board last year cited driver errors and Tesla’s Autopilot design as the probable cause of a January 2018 crash of a Model S in California.

In Hyundai's home market, Tesla had its best month in June, with its Model 3 beating Hyundai’s Kona EV, as well as premium models from BMW and Audi.