Tesla extremists fade away as focus shifts to car fundamentals

“Bears are no longer expecting Tesla to run out of cash, while bulls have acknowledged the market’s lukewarm reception to unproven business models," say analysts
By : Bloomberg
| Updated on: 14 Dec 2019, 05:00 PM 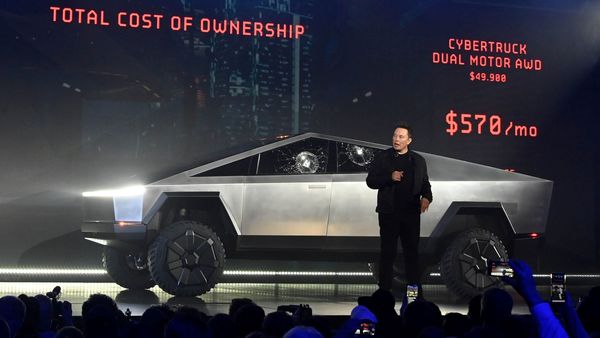 The perpetual war between Tesla Inc.’s bears and bulls may finally be simmering down.

Passionate views about the outlook for the electric-vehicle maker have often led to polarizing takes from analysts, with some forecasting global dominance and others predicting an imminent death. But over the past year or so, those extremest stances have started to fade from the mainstream, according to Toni Sacconaghi, an analyst at Sanford C. Bernstein.

“Bears are no longer expecting Tesla to run out of cash, while bulls have acknowledged the market’s lukewarm reception to unproven business models (Uber, WeWork, Peloton, etc.)," he wrote in a note to clients, adding that more investors have become focused on different ways to value Tesla shares.

The zealots have backed off over the past year. Citron Research founder Andrew Left, once among the most prominent critics, threw in the towel on his short thesis. Morgan Stanley’s Adam Jonas, once an avid Tesla bull, conceded that a host of scenarios could call that optimism into question.

Sacconaghi, who has the equivalent of a hold rating on the stock and a price target of $325, estimated that the company could be worth less than $250 a share or more than $500 per share, depending on how things shake out over the next few years. The stock fell 0.6% mid-day Friday to $357.37

In the event that Tesla ultimately becomes the size of Volkswagen AG with the margins of BMW AG, the shares could rally to $530, the analyst said, ascribing a 20% chance to the outcome. The base-case assumption, in which Tesla matches the size and margins of BMW, yields a value of about $345, and has a 50% probability. The most pessimistic case, with a 30% possibility, will lead to a tumble to $155, Sacconaghi said.

Jonas also published a note evaluating the most optimistic scenario for the company, raising his most bullish estimate to $500 from $440 per share, reflecting the potential for selling trucks and generating more revenue in China.

Tesla shares are up 8.6% this year, compared with a 26% jump in the S&P 500 Index. If the stock price hovers around the same level, this would be the second straight year of single-digit percentage gain in the stock.