Tesla has earned billions of rupees in revenue by helping other automakers comply with EU's stricter emissions regulations.Tesla earned an estimated total revenue of $1.15 billion in the first nine months of this year.
By : HT Auto Desk
| Updated on: 27 Oct 2021, 11:13 AM 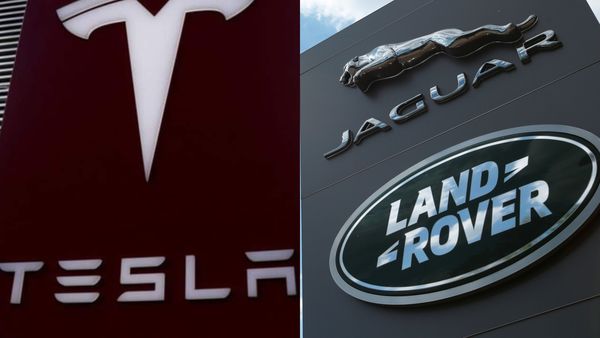 US EV giant Tesla could likely get a year-end revenue boost by supporting Jaguar Land Rover (JLR) in meeting greenhouse gas emissions rules set by the European Union. The EV maker is looking to pool its fleet of all-electric vehicles it sells in the EU with the vehicles from JLR.

With this emissions deal with Tesla, JLR will be joining the likes of Honda, which reached an emissions pooling deal with Tesla around a year ago. The British automaker had provisioned 35 million pounds ($48 million) in fines from failing to meet EU rules last year and it had previously said it expected to meet its target for carbon-dioxide emissions this year. However, this looks unlikely and thus the carmaker could be pooling with Tesla.

Tesla has earned billions of rupees in revenue by helping other automakers comply with EU's stricter emissions regulations with an estimated total revenue of $1.15 billion in the first nine months of this year. However, the carmaker doesn’t specify how much of the revenue has come from which particular manufacturer or doesn't even give regional breakdowns.

The revenue that Tesla earns from selling regulatory credits goes to other automakers goes straight to the company's bottom line and has been used as a deciding factor in whether the company was profitable on the basis of generally accepted accounting principles. However, in the last two quarters, the company's earnings would have been positive on a GAAP basis, even without credit revenue.

In May, Stellantis NV, the automaker formed through the merger of PSA Group and Fiat Chrysler, had announced that it was exiting the EU emissions pool deal with Tesla.