Tesla CEO Elon Musk said at the Code Conference in Beverly Hills in California that US President Joe Biden has praised General Motors and Ford for leading the EV Russian revolution but didn't mention Tesla even once.
By : HT Auto Desk
| Updated on: 29 Sep 2021, 10:07 AM 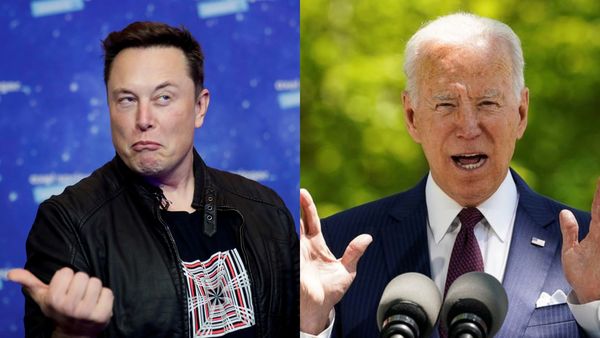 EV giant Tesla's CEO Elon Musk said that US President Joe Biden and his administration are “biased" against his company, citing that in a recent White House event on electric vehicles, the EV maker was excluded.

Speaking at the Code Conference in Beverly Hills in California, Musk said that the administration is influenced by organized labour and he would prefer to see a more centrist president. “It’s not the friendliest administration. It seems to be controlled by the unions," he said.

He further highlighted how the President hasn't mentioned Tesla even once and only praised General Motors and Ford for leading the EV Russian revolution. He added that he would not want to be a president at all.

(Also read | Tesla could have the best quarter buoyed by strong deliveries: Analysts)

The Palo Alto, California based EV company employs about 10,000 workers at its plant near Fremont. Though the US United Auto Workers has made various attempts to organize workers there, it hasn't been successful.

Musk went on to crack a joke on the US Securities and Exchange Commission, saying that it should be called the “Shortseller Enrichment Commission". He has previously tweeted this reference in April 2018 after the agency barred him from serving as chairman of Tesla as a punishment for a series of social media posts that were considered problematic.

Musk's comments on the US administration comes in the backdrop of a major safety probe being conducted in the aftermath of twelve crashes involving its electric vehicle running on autopilot system. The accidents resulted in 17 injuries and a single death. The investigation will cover 765,000 Tesla cars which is almost the number of cars the EV maker has sold in the US since 2014. The National Highway Traffic Safety Administration has stated that most of these collisions have occurred during the night.